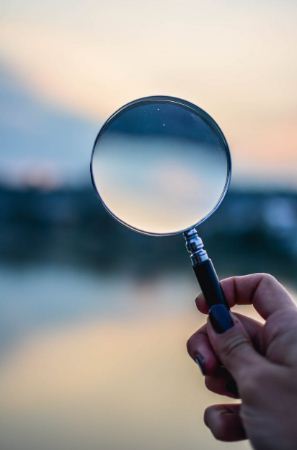 Some rumours are doing the rounds about President Donald Trump. It is considering mandating free access to all federally-funded academic and also scientific research papers. However, publishers have warned that this change could end up jeopardizing the Intellectual Property of certain American organizations. We understand that everyone was expecting the Internet would be instrumental in reducing the costs and expenses involved in the distribution of scientific journals. But unfortunately, the costs associated with the subscription of scientific journals have been going up more quickly. It is in comparison to inflation in the last few years.

As per the floating rumours, the Trump administration seems to be drafting an important executive order. That is all set to bring about drastic changes in the existing publishing practices and policies. Following an initiative led certain European funders known as the Plan S. That would necessitate the research funded by them to be open access at once on publication. It must come with pretty liberal licensing terms.

In addition to this context, we understand that President Barack Obama’s government in 2013 had introduced a policy. That needed all taxpayer-funded studies and research to be made available. It should online completely and free within 12 months post its publication.

The SPARC or the Scholarly Publishing and Academic Resources Coalition, a group that is known to act as a representative of over 200 research libraries. It came up with its letter where they have supported the executive order that is rumoured to be introduced soon. Open access would be allowing more and so more users in staying abreast of advanced ideas. It is generating innovative applications and new uses for research as claimed by the group.

Meanwhile, another letter published to oppose the open access mandate of the federal government. That was signed not by just some of the foremost commercial publishers such as Wiley and Elsevier but it was also, signed by several medical, academic, and some other professional societies. Numerous such organizations would be running their unique journals and are in danger of losing some revenue from this open-access mandate.

However, The White House is all set to introduce a policy that could completely change the way all government-funded research papers are distributed. Therefore, the White House is thinking of launching a policy that would be making all federally funded research. It is about studies free. It is also available for reading the moment they published. This has led to protests from several academic publishers.

Loss of IP and Increased Burden for Tax

As per the letter that was published criticizing the new move by the Trump government. The much-discussed open access mandate would surely pose privacy and security threats. It is to the intellectual property of certain organizations in the United States. That engaged in the generation of peer-reviewed top-quality research articles and journals. As the public cannot any longer charge for such articles, scientific journals. It compelled to pass all those expenses on to the taxpayers or the researchers.

We understand that several open access journals presently make it mandatory for the authors to pay some fees. These fees would be ranging widely from just a few hundred dollars to many thousand dollars. If Trump’s administration mandates open access for all studies and research papers funded by the federal government, researchers may need to pay more fees for publishing their work in top-bracketed journals. Some publishers were very vocal against such a move and they claimed that such a step would be hampering the peer-review process, stifling innovation, and resulting in a chaotic state in the publishing business.

Where do All Discarded Tech Gadgets Go? Know Why e-Wastes are...

All You Need to Know about the NBA return

What Do Software Developers Do? 7 Things to Know