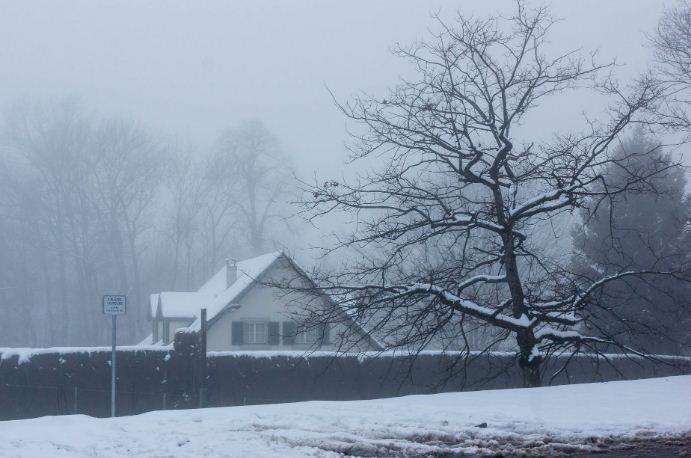 Wind gusts of more than 60 mph from the winter storm swept across the United States and caused major power outage all across Ohio. Because of this tens of thousands of people have lost electricity on Monday morning. This sudden blackout triggered by strong winds has leftover 125,000 businesses and also homes without any electricity. People also experience steady winds that blew between 20 mph and 30 mph on Monday early morning. The winds intensified to moreover 70 mph in areas like Cleveland, Dayton, and Columbus. So, the power outage compelled the closing down of State Road 56 in Madison County in both directions as per the ‘Ohio Department of Transportation. Moreover, a part of S.R. 601 was closed for approximately an hour as a tree had fallen on an active power line located in Erie County.

Earlier millions of Americans were getting ready for freezing rain & snow across the Central United States from Michigan to Arizona. Snow, rain, ice, and wind are expected to create major travel hazards since a powerful winter storm is about to hit and affect the entire central United States according to Haley Brink, CNN Meteorologist. The Met Office has issued serious weather alerts for over 20 million people from Michigan to Arizona. There are forecasts of extensive snowfall ranging between 8 inches and almost 18 inches. In certain isolated regions, higher amounts could be possible. The weather office has forecasted strong winds that may cause blowing snow and diminished visibility all across the Upper Midwest and the Northern Plains on coming Saturday and Sunday.

Moreover, you could expect sleet and freezing rain all across Northern Wisconsin and Nebraska and there are alerts of recording quarter of an inch of ice. In addition to that, Some forecasts indicate that Southwestern Minnesota could be experiencing over quarter-inch ice throughout Saturday.

The storm would be intensifying and gaining momentum as it is heading towards the Upper Midwest throughout Sunday. Then it would become a major winter storm extending from Minnesota to Colorado as per the ‘National Weather Service’. All those regions have been issued winter storm warnings. These areas would be experiencing blizzard conditions having a potential of 8 and 16 inches of wind-driven snow right from Northern Nebraska to the Northwestern part of Minnesota. Northern Wisconsin and Nebraska are expecting to witness sleet and freezing rain and there are major warnings of extremely slippery road conditions. Drive slowly and carefully to avoid accidents.

Northern Lower Michigan got a winter storm alert until late Saturday night Thursday night. Around one to two inches of snow is expected. About 1/4th inch ice accumulation is forecasted. With strong winds around 45 mph could cause power outages. It is expected that the power outages could occur in the eastern part of Upper Michigan, as ice accumulations are expected to be the thickest. This could pose a major difficulty in travelling. Thanks to the frosty conditions, both the morning, as well as, the evening commutes could be adversely impacted. Northern Wisconsin and Central Nebraska would be experiencing drifting and blowing snow and reduced visibility at times. Orange has been given blizzard warnings.

The New Year would start on a wet note thanks to the winter storm all across the South. The weather office has forecasted strong to severe thunderstorms occurring in Mississippi, Louisiana, Alabama and most probably Tennessee on Thursday as the winter storm gradually gets intensified.

Asia is Hosting the Rugby World Cup for the First Time