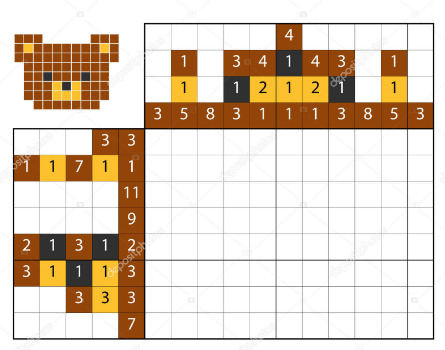 Hanjie is a picture-related logic puzzle that was developed in Japan in the 1980s. It requires its players to reveal images by shading blocks in columns and rows, using various hints. Hanjie puzzles come in different sizes and aren’t limited to a square layout. Most puzzles are black and white, though modern ones are colored and use colored clues to identify the blocks you need to shade.

They’re also known as Nonograms, Japanese Puzzles, Cross Pics, Griddlers, Logic Art, Paint By Numbers, Pic-A-Pix, Nemologic, Paint it Black, and Picture Logic. After they were invented in Japan, they were carried to the UK and the US in the 90s. From then on, various game magazines began publishing them. The magazines have different-sized puzzles that’ll give any gamer several hours of pleasure and the ability to create great pictures.

Hanjies have also been incorporated in other products such as books and printables. Today, you can buy a Hanjie puzzle and play it at the comfort of your couch. Because of technological advancements, app creators have developed Hanjie games to download on your mobile devices. That has made playing this game more convenient and easy because you can access it anytime and anywhere you are. Furthermore, you’ll interact with various types of Hanjie through these apps that you may not complete playing within a year.

How To Play Hanjie

Before playing Hanjie, you want to first go through its tutorial to know how to begin the puzzle and understand how the hints and icons work. Some apps may even enable you to practice the puzzle before venturing into the levels.

Hanjie may be played on different board sizes and have numbers representing the squares you need to fill in to create an image. The rows and columns with zeros are the easiest to complete because zeros mean there are no blocks to fill.

Single numbers will give you the consecutive blocks that you must fill in, while double numbers represent the number of blocks that must be filled. Like other image puzzles, you can use ‘X’ marks to help you know the board’s spots that need to be filled or not filled in. You can use them where zeros are to eliminate squares.

Online Hanjies make using them easy because you only need to tap the ‘X’ icon. It’s also advisable to fill the lower numbers first using the image given as a clue. If you have to fill four consecutive squares, start with the fourth column, and then go to the third, second, and first columns.

The excitement of this game lies in playing its different levels. Depending on the app you’re using, each level will present a new challenge with new time records and limits. Most apps will have an easy, standard, and free mode. The easy mode develops a unique picture when completed and may have up to 15 puzzles.

The normal mode is a limit of one hour, which doesn’t present the unique picture if exceeded. Making mistakes in this mode may waste your time and make you not accomplish your goal. The free mode almost resembles the normal mode but doesn’t have mistake reminders.

Well, Hanjie is a logic puzzle game that requires its players to create pictures by matching numbers on a grid. It can be black and white or colored. You can also find it online through apps, magazines, and books.

ACNH Friendship Guide – How To Kick Out Villagers With Only...

Fitness enthusiasts can stay in shape through some quick tips shared...

4 Important Ways to Prep Your Home for the Winter Months

How To Get Rid Of Fallen Breast And Make Them Firm