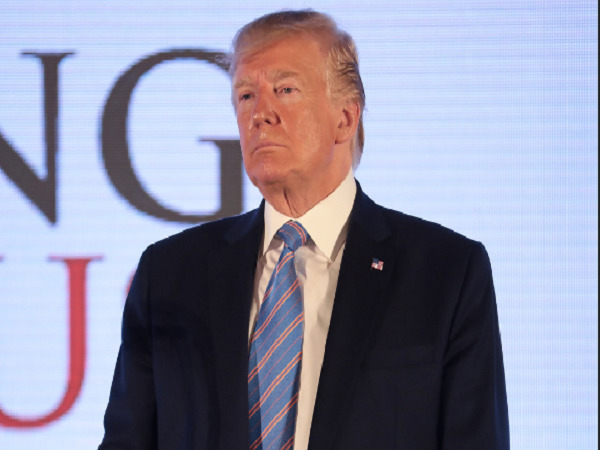 Ever since the inauguration of Donald Trump’s presidency, The Dow Jones Industrial Average and the Standard & Poor’s 500 slid below the level that it had maintained at that time. The decline that happened on Wednesday, March 18, effectively wiped out all the gains accrued during this time.

During the mid-day trading, The Dow tumbled more than 1600 points dipping below the threshold of 20,000 points and falling below where it had closed more than three years ago on the day of Trump’s inauguration.

Until the early hours on Wednesday, the S&P was down 7%, albeit the fact that barely a month ago, both indexes hit an all-time high. The intensity of the losses initiated a circuit-breaker meant to prevent the bottom from eroding in all major stock indexes. Trading came to a halt temporarily as it had happened earlier in the week, and the phenomenon happened four times within the past fortnight.

Before the swift decline of the indexes, the benchmark index rocketed 49% from its closing figure on the inauguration day. It peaked on February 12, 2020, as Trump took a slew of measures like cutting corporate taxes, slashing regulations, and ushering a wave of new stock buybacks. As the bull market entered the new decade on the administration’s pushing, Wall Street could not stop cheering as profit across industries got a huge boost. It took just about a month after The Dow recorded an all-time high for all gains to vanish in the blue.

During late February, the market experienced intense bouts of selling due to the widespread economic fallout of the coronavirus and the fast-spreading outbreaks in Italy, Iran, and South Korea. On February 27, stocks fell in the correction territory as fresh volatility drove declines that kept repeating. Although there was some small rebound in the first week of March, these were nullified by the close of Friday, March 13.

In 11 years, stocks entered their first bear market amid growing risks of coronavirus together with the new oil-price war that kept lowering the price through the month.  The plunge that took 11 years to happen was the fastest ever seen and wiped out what President Trump considered the most optimistic indicators of economic health.

Adding to the woes

The coronavirus has wreaked havoc on the global economy, and the US has felt its effects too. But to make things worse, the dwindling oil prices have also impacted Wall Street that sent the already coronavirus panicked market to a tailspin.

As America has 6,000 confirmed coronavirus cases and more than 100 deaths, several states have issued lockdown and closure guidelines for non-essential businesses as well as curfew guidelines. They have advised residents to stay indoors except in an emergency; the drop in foot traffic has taken a massive toll on the global economy.

Kill the Demon of IELTS Fear with the Help of Expert...

How Having a Pool Improves your Business

Gadgets Every Gambler Must Have in 2021

Expanding File Folders For A Safe and Convenient File Keeping

Michigan, Pennsylvania, and Others Badly Hit by Job Loss amid Corona