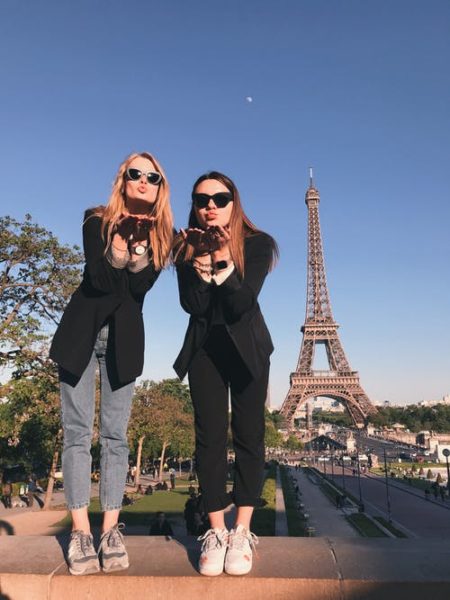 Donald Trump’s visit to India on Monday 24, 2020 is for partly tickling the US President’s pride. And also more increase his possibilities become re-elected as the President in the upcoming 2020 general elections in the country. Trump will visit Delhi, the national capital of India, Agra to see the magnificent Taj Mahal, and finally, Ahmedabad. Where the president is expected to address over 100,000 in a special event, Namaste Trump.

According to an article published on https://www.bbc.com. Trump’s visit is an undoubtedly public diplomacy reaction to that of the Howdy Modi event in Houston in 2019.

It is all about persuading the US President of the essence of while assisting Trump with the 2.4-million powerful Indian-American voters in the United States. There is yet another significant reason to pamper Trump’s ego, powerful and also strategic connections with India. It is improbable that the trade contract between India and also America will take precedence during Trump’s visit to India.

Issues between the US and India that still remain unsolved

There are still disagreements over the cost of walnuts, apples, as well as medical equipment between India and the US. America wants more access to India’s e-commerce sector, poultry, and also dairy. And also continuing discussions about reducing Indian tariffs on US-manufactured Harley Davidson motorcycles yet remain unsolved.

How will India’s slow growth affect relations with the US?

The recent dip in India’s economic growth figures, and expected five percent in the year 2019-2020 and the embracing of more and more protectionist policies along with Trump’s. Obsession with the harmonizing of a trade shortage, which favors of late, has narrowed the possibilities of the relation between India and the US.

Is Modi to woo Trump?

Under these circumstances, it is probable that Modi will woo Trump in a way to weaken the US. President’s obsession with trade deals, diverting Trump’s attention to make India-US relations stronger than ever.

India is the open data market in the world, per capita more information is used in the country compared to the other nations of the world. For the US-based big technology firms, offers a scale for the products that aren’t available in any other nation. Irrespective of the existing economic issues, India will continue to be the biggest developing and comparatively open consumer market for US business and products.

Arms import and defense trade will have a positive aspect when it comes to the two country’s relationships. Moreover, the US-India defense deals have inflated in a couple of decades, right from zero in the year 2008 to over $15 billion last year.

Among a chosen range of defense-oriented agreements, including the procurement of 24 versatile helicopters designed by the US President’s visit to India on February 24.

The officials are focusing on finer aspects surrounding associated agreements and also pacts. A huge cricket stadium and also Indian cities are sure to fascinate the US President and reinforce relations between the two countries.

Premier League 2020/21: Liverpool and Manchester United gear up for weekend...

Clayton Williams dies at 88 – The oilman whose gaffes cost...

How to Keep Indoor Allergens at Bay Using an Air Filter?