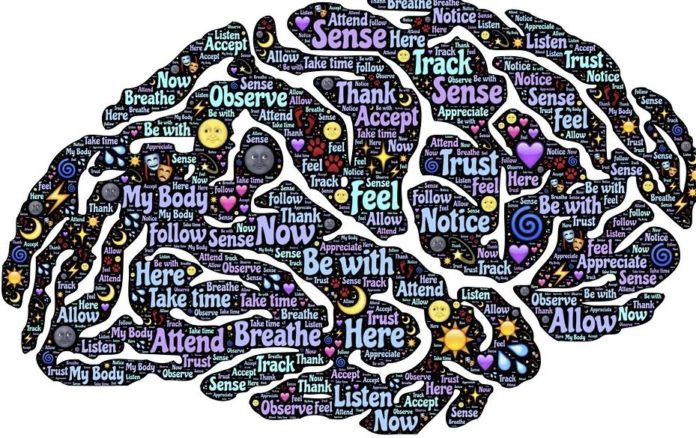 The mind can be limitless, but the brain binds it by its physiological boundaries. The relationship between our brain and mind is not so easy to understand, but it is indeed the limiting factor in terms of mental function.

When we are tired from working 10-hours a day, or sleep-deprived, or hungover, we find it difficult to complete complex brain exercises. Whether it is memorizing a grocery list or recalling the names of the states in alphabetical order because a tired brain does not help us in any way.

On the other hand, some people memorize dozens of decks of cards “for fun” and for competitive memorizing. They do it daily, more than once per day. Are we to believe that they don’t suffer from sleep deprivation? Because every day, they wake up bright and fresh, ready to memorize a vast list of seemingly unrelated information?

While that might seem true to some, the truth is that almost every human being can have lapses of clarity, memory function, and cognition. Even the competitive memorizers can suffer from brain fog, but they don’t have the luxury to take a day off. Therefore, almost 90% of all professionals rely on smart drugs to stimulate their brain function and health, therefore nurturing a sharper mind.

What are smart drugs and nootropics

In 2008, the same year Limitless hit the theaters, TechCrunch dubbed Modafinil as the “entrepreneur’s drug of choice.” Before 2008, several pharmaceutical companies had touted the benefits of the “neutraceutical” drug for boosting brain health. By then, the Silicon Valley biohackers were already talking about smart drugs that could not only enhance brain health but also amplify the powers of the mind.

However, by 2011, around 6,50,000 US citizens had Modafinil prescriptions. Authors, actors, investment bankers, long-haul truckers and also even homemakers. All were taking Modafinil to explore the power of the mind. Despite their high pricing, the number of users kept rising steadily and reached a whopping 1.9 billion in 2012.

Therefore, today, the smart drug and mind supplement is an enormous $49 billion industry. It is an incredible development since the introduction of the concept of “nootropics” by Corneliu E. Giurgea in 1972. However, you would be mistaken to believe that nootropics or smart drugs are a new-age or 20thcentury concept. Scientists have traced the use of smart drugs too early Chinese medicines and Ayurveda.

However, understanding modern neutraceuticals require a thorough understanding of the history and early usage of smart drugs. The smart drugs we see in the market today draw inspiration from the first-generation brain supplements.

In the early days of brain health supplements, people did not have access to advanced methods of isolation of chemical compounds. Therefore, people resorted to consuming natural plant and animal products that were rich in cognition, enhancing active compounds, memory enhancers, and brain health stimulators.

Some of the most well-known brain supplements that the ancient civilizations have used for more than a millennia include – Ginkgo biloba, Bacopamonnieri, Ginseng, Lion’s Mane Mushroom, and food rich in Vit B12, Vit D, Magnesium and omega-3 fatty acids.

Even the simplest cup of coffee can play the role of a brain health supplement provided you follow a strict schedule for its consumption so, note its effects according to the volume of caffeine you are consuming, and experiment with the addition of varying levels of L-Theanine in the coffee.

Although these all-natural brain health supplements have next to no side-effects, their activities are lower than the pure (synthesized) nootropics like Modafinil, Adderall and Ritalin, Piracetam and its derivatives.

What are the true nootropics ?

After all the years, people have gravitated towards modern smart drugs for their fast and highly specific action mechanisms. You can now find nootropics that specifically reduce brain fog, or stimulate short-term memory, and enhance concentration among users.

Modern nootropics like Modafinil and Piracetam begin acting since the first day of consumption. Reports on double-blind studies show significant improvement of brain function, including memorizing power, cognition and also the logical reasoning skills of participants from the very first week of the study.

These nootropics are not only popular among the millennial influencers but also in entrepreneurs and Silicon Valley biohackers and alsoamong the aging baby boomers, who need a mental edge over the new-gen employees.

Modafinil, piracetam, Adderall, Ritalin, and noopept are some of the most popular smart drugs in 2019. Apart from Silicon Valley Biohackers, several colleges and Uni students, actors, investment bankers, engineers, and authors have been using smart drugs to become a better version of themselves.

A most effective way to utilize available nootropics

Further research shows that stacking multiple compounds can help the user achieve more noticeable results within a short period. A nootropic stack refers to a combination of specific nootropic compounds in defined quantities. The most straightforward nootropic stack might be the combination of L-Theanine and Caffeine. Although caffeine is “not a real nootropic,” but a natural brain health supplement similar to ginseng or Lion’s Mane Mushroom, stacking it with the pure amino acid can stimulate one’s memory and overall brain function.

Nootropic stacks give the users the window to explore the different combinations of the compounds. You can experiment with the quantities of each nootropic component as long as they are within practical limits. You can create a complex mixture of nootropics that you need to take at specified times during the day.

Studies show that sticking to the quantities and such a routine can help you achieve your cognitive goals within a stipulated time.

Major Dental Diseases and their Treatment

The Best Weight Loss Formula On The Web Today

Find out What Makes a Law Firm Turn down Your Car...

FIVE ADVANTAGES OF COPPER PLUMBING PIPE YOU PROBABLY DID NOT KNOW

How an entrepreneur can become a good team leader as illustrated...

Why Use Affordable Art Prints Online for a Stunning Home Décor

Why is payroll important in business?