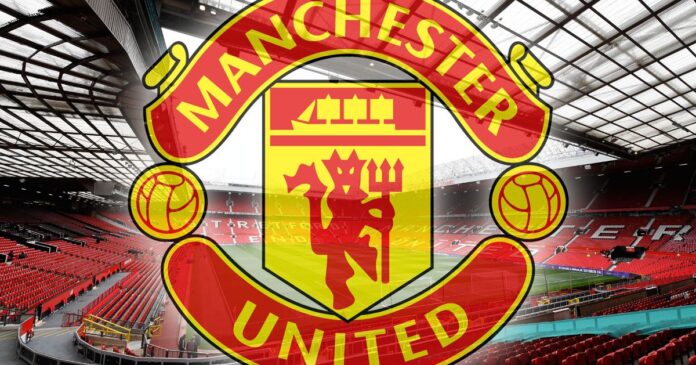 The English Premier League season is already a strange one, and it’s barely halfway through. It’s still far from guaranteed that the season will finish on schedule because of pandemic restrictions in the country, but right now, the top of the Premier League table is more wide open than it has been at any point in the past decade. Liverpool, as they have been for the past three years, are sticking close to the top, but beneath them, there are six or seven teams in contention for a Champions League place. There are even one or two teams that look like they might genuinely push Liverpool all the way in the race for the league championship – and among them is a name that hasn’t appeared in that conversation for quite a while.

By the time you read this, Ole Gunnar Solskjaer’s Manchester United should be top of the table with a slender lead over Liverpool. This isn’t a position that anybody expected them to be in back in mid-October. The Red Devils started the campaign slowly, and pressure mounted on their Norwegian manager. There were still prominent voices in the media calling on United’s hierarchy to fire the coach as recently as the beginning of December. Everything has changed since then. United’s players have gone on a winning streak in the league, leapfrogged Chelsea, Tottenham Hotspur, and Leicester City, and now stand on the verge of the pinnacle. They’ve proved they have it in them to reach the top. The big question they have to answer now is whether they can stay there.

Only a fool would place a large bet on the outcome of the Premier League title race at this stage. There are too many variables in play, and you might as well throw away your money. You’d probably encounter fewer variables and better odds at an online slots website – and that’s never a good rationale for betting on sports because the outcome of online slots is random. When your chances of making a return on your money by spending ten dollars on the “Soccer Safari” online slots game are better than they would be by betting on one of six Premier League football teams, it’s a sure sign that the season has been a wild ride – and it’s only going to get wilder. For all the flashy features and unpredictable twists and turns that UK online slots might offer, the real sport appears to have the edge when it comes to drama this time around.

United’s problem isn’t so much that they can’t win games. They’ve repeatedly found a way to win in big moments, and often in moments when they’re not expected to do so. Their twin problems are consistency and resolve. Solskjaer’s side has reached three semi-finals in cup competitions in the past two seasons and lost all of them. There appears to be a flaw in the DNA of this United team, and it causes them to choke when it matters the most. We most recently saw it when they lost at home to their hated rivals Manchester City, ending their chances of winning this season’s Carabao Cup and handing Solskjaer his first trophy as Manchester United manager. Losing one semi-final is unfortunate. Losing three is irresponsible. If United choke at key moments during cup competitions, it logically follows that they’ll choke at key moments during league fixtures as well. They have to play Liverpool, Manchester City, Tottenham Hotspur, and several other high-quality sides again before the season ends. There’s now a lingering suspicion that when the pressure is on, and the path to victory opens up, they’ll crumble. That’s the preconception that Solskjaer and his players must now find a way to shake off.

The question of whether or not Manchester United end their Premier League trophy drought this season won’t just be down to Manchester United alone, though. They could be helped along by Liverpool failing to find a way out of the sticky patch they’re enduring at the moment. Manchester City’s inconsistency in the league could come back to haunt them, too. Tottenham appears to be dropping away after a promising start, as do lesser contenders Everton and Aston Villa. Leicester City remains, as they always are, a wildcard. You’d probably fancy United to take the title over Leicester if that’s what it came down to, but we’d have to see the problems afflicting the other sides continue for some time if that’s going to be the case.

Winning the title would be validation for Solskjaer. It would be the ultimate answer to the critics who’ve spent the past few years hounding him and suggesting that he’s not up to the standards required of someone managing one of the largest club football teams in the world. If he turns United into a team of champions, questions will no longer be asked. He’d legitimize himself, and so would many of his players. He’d also give the club the best possible chance of hanging on to star player Bruno Fernandes. It’s no secret that the world’s best clubs are monitoring Fernandes and will try to tempt him away with big-money offers. United is under no pressure to sell, but if the Portuguese midfielder’s head were to be turned, it would become difficult to persuade him to stay. All of that changes with one league title, and United might not get a better chance than the one they have right now.

There have been many false dawns during the Solskjaer era. The first came as soon as he was appointed, and United went on a long streak of consecutive wins. The second came after Fernandes was signed, and United picked up form after Christmas 2020, ultimately turning what appeared to be a mediocre season into a relative success when they qualified for the Champions League. We could be living through another false dawn right now. Even with Liverpool weakened and Manchester City performing below their illustrious best, nobody seriously expects Manchester United to walk away with the crown. If they can upset the odds and prove everybody wrong, nobody will underestimate them or their coach again. This is a watershed moment for a team that’s been too far away from the top for too long. The careers of the club’s players and its coach could well be defined by how they respond to it.

Unlock Your PDF File: Use the Tool of PDF Bear

7 Great Reasons to Become a Lawyer

Ricky Sayegh MD: What to keep in mind while shopping for...

Gift Your Loved Ones a Diamond Ring with Classic and Timeless...

Celebrities Who Are Candid about Going under the Knife