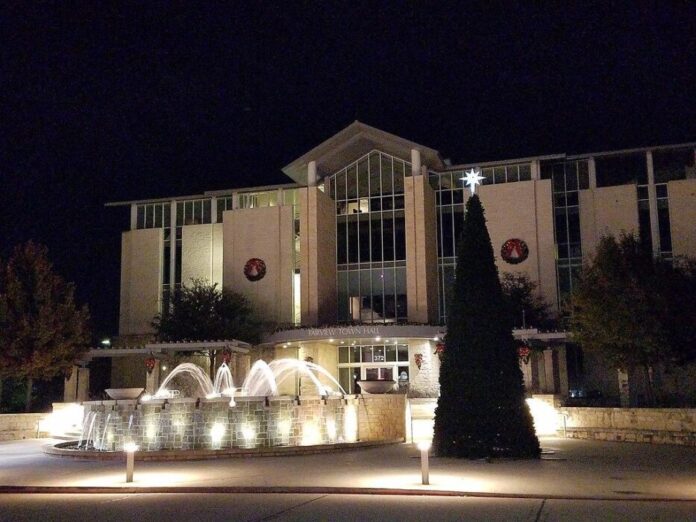 They say that everything is bigger in Texas and that would appear to apply to the resistance to the legalization of sports betting within the state.

While 19 states and the District of Columbia have all moved to approve legal sports betting since the 2018 United States Supreme Court ruling overturning previous prohibitions against it, and a half-dozen other states are on the verge of doing so, Texas is heading in the opposite direction.

The notoriously conservative state declined to act on a 2019 bill that would’ve given sports betting a chance at legalization. Introduced by Democratic Rep. Eddie Lucio III of Brownsville, Bill H 1275 would’ve required a referendum to be voted on by the people of the state in order for legalized sports betting to be approved.

Looking to help the pace toward legalization to pick up steam, Lucio also introduced House Joint Resolution 61. That sought to amend the state constitution so that “the legislature by law may authorize and regulate the placing of wagers on professional and collegiate sports.”

The bill would’ve made five sports gambling permits available, with two skins allowed per permit. There would also have been a 6.25 percent tax rate on the handle wagered. However, both the bill and the resolution were allowed to die in committee.

Leaving Money On The Table

Clearly, this steadfast opposition to most forms of gambling in the state is costing the Texas government access to a significant stream of revenue. Texas is among the few remaining U.S. states that also prohibit commercial casino gambling. They do allow Native American casinos. However, there are just three of them situated across the span of this massive state.

As for card games, Texas Hold’em may be the most popular form of poker in the world but don’t get caught playing it in Texas unless you’re a member of a social poker club. Social poker clubs are permitted, providing that the house is not making a profit off of the games. As well, Daily Fantasy Sports is forbidden in the state.

The population of Texas is estimated at 28 million, making it the second-most populous state in the union. It’s also a sports-mad state. Pro teams like the NFL’s Dallas Cowboys and Houston Texans, the NBA’s San Antonio Spurs, Houston Rockets and Dallas Mavericks, MLB’s Houston Astros and Texas Rangers and the NHL’s Dallas Stars are all hugely popular in their markets. Three of the owners of these teams – Mark Cuban of the Mavericks, Jerry Jones of the Cowboys and Tilman Fertitta of the Rockets – are proponents for the legalization of sports betting in the state. Fertiitta, it should be noted, has a personal stake in the issue. He’s also the owner of the Golden Nugget Casino.

On top of that, Texas is rich in college sports teams. Texas, Texas A&M, Texas Tech, SMU, TCU, Houston, Rice and Baylor are among the major colleges housed in the state.

The American Gaming Association estimated in 2017 that Texas could generate $19 billion in yearly handle from legal sports betting, or approximately $1.5 billion per month.

It’s not like Texans aren’t already wagering on sporting events. Projections are that $2 billion is wagered annually by Texans at offshore online sportsbooks.

“Governor Phil Murphy places his first two bets at the Borgata Casino during the first day of sports betting in New Jersey” by GovPhilMurphy is licensed under CC BY-NC 2.0

A Glimmer Of Hope?

The solid return of the GOP to both Federal and State government positions during the November elections did little to spawn optimism that legal sports betting might be on the horizon in the Lone Star State.

Yet, there does appear to be slight evidence of cracks emerging in the wall opposing such legalization. Gov. Greg Abbott has quietly let it be known that he could be convinced to support legal sports betting in certain circumstances. A $4.6 billion shortfall in the state budget might have something to do with the softening of Abbott’s stance.

Veteran Republican strategist Phil Cox, Founding Partner of 50 State, a bipartisan consulting firm that focuses on state governments, thinks there’s a sliver of hope for the legalization of sports betting in Texas.

“I think the issue is the Lt. Governor (Dan Patrick), who has a lot of influence in the senate, is not in favor right now and will likely block it.”

Las Vegas Sands Corp. owner Sheldon Adelson, one of the most powerful voices in the gaming industry, has hired 10 lobbyists to work on gaining support for the softening of Texas gambling laws.

Even if Texas were to move ahead on legislation, the likelihood is the earliest that sports betting could be legalized in the state would be 2023.

5 Tips for Going on a Cruise

Seven Benefits of Marketing Your Business at Trade Shows

How did the Coronavirus Outbreak Reveal Weaknesses in the Healthcare System?...