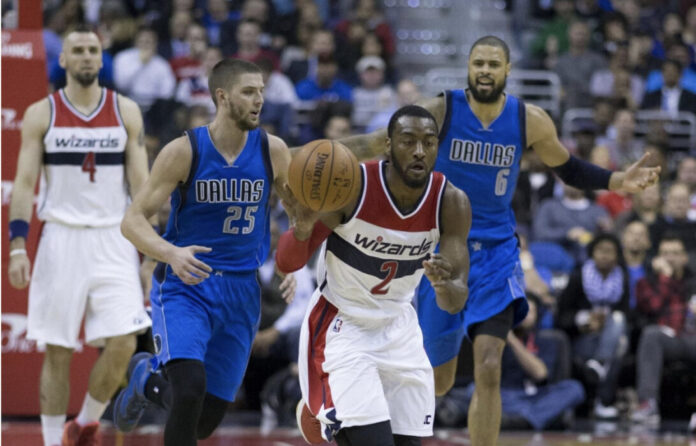 After an impressive first-round performance that ultimately ended in defeat, the Mavs have a ton of reason to be optimistic. While the result is not what they wanted, all of the signs point to Dallas being a serious contender whenever next season starts.

Dallas Have a Superstar Already

When the Mavs traded to get Luka Doncic, they couldn’t have known that he was going to be an MVP candidate by his second season. I know they didn’t know because very few people could have predicted that, least of all the Atlanta Hawks who made the trade. After just two NBA seasons, Luka Doncic is already a superstar. If you look back over the last twenty years of the league, there are very few players who were superstars by the time they were 21 years old.

That’s the reason why the Mavericks according to the experts will be a contender next year. Without even knowing what moves they make in free agency and the draft, they know they can make that claim because they have Luka. Hopefully for Dallas, Kristaps Porzingis’ latest knee injury isn’t bad and they already have another star to pair with him. Porzingis looked really good this season after a long layoff due to a knee injury (not the same one that is currently injured) and looked every bit as good as advertised. Now the real question is; who can the Mavs get to pair with these two?

Free Agents Moves for the Mavericks

There are some moves that the Mavs can make to immediately improve their team but they’ll have to be creative. They do have a lot of roster flexibility but there is one rumor that for now seems silly but you never know what the future might hold. The rumor mill has Giannis Antetokounmpo as a possible free agent target this offseason.

As silly as that sounds right now, let me start by saying that if you aren’t trying to sign Giannis, you aren’t doing your job as a franchise. Whether or not Giannis is willing to leave Milwaukee is another story but the playoffs will play a factor. The Greek Freak’s team is already down in their Eastern Conference semi final series with the Heat. If the Bucks lose early in the playoffs again, Giannis might start to consider that the grass could be greener somewhere else. Obviously this is all speculation so we will need to wait and see how things play out.

One player that makes a ton of sense for the Mavs would be Buddy Hield. The first casualty would be Tim Hardaway Jr who has a pretty big contract himself that he will probably opt into this summer. That said, Buddy Hield is basically a much better version of Hardaway Jr who definitely wants out of Sacramento. Although he did recently sign a new deal, he did so very reluctantly, to the point that some fans took offense. In the second half of the season, head coach Luke Walton started bringing him off the bench which Hield made known he is not happy about. That relationship seems destined to fail and it would be nice if Dallas could swoop in for Buddy.

While they did recently have some off the court issues, as far as basketball operations go, Dallas is one of the most well run teams in the league. From owner to GM down to their head coach, the Mavs are the type of team that always seems to attract free agents despite not being as glamorous as other NBA cities. Texas is still a great place to be a professional athlete and when you have an owner like Mark Cuban who does his best to look after the players. Not every franchise has an owner that you can talk to at any time and know that your voice will be heard but Cuban is certainly at the top when it comes to accessibility.

The Mavs also have one of the best coaches in the NBA in Rick Carlisle. He built that Pistons team that won a championship in the early 2000’s although he was gone before they won. He also won a championship with Dallas with only one superstar, one of the few times that has happened over the last 30 years. The Dallas Mavericks have all of the building blocks to be real contenders for an NBA championship as early as next season.

What We Need To Know About PPT to PDF Converter of...

How to Deal with Criminal Charges Against You

10 Ways To Save Money When You Travel