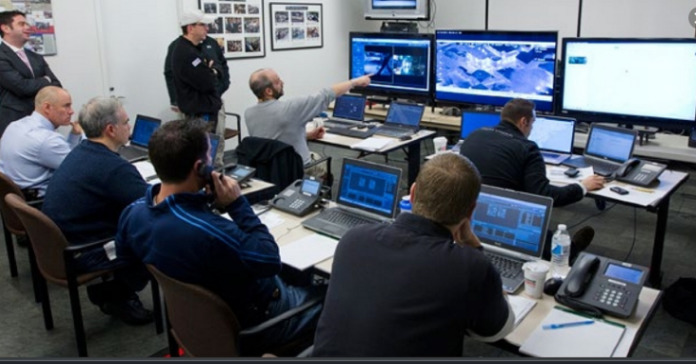 The number of Coronavirus cases is galloping across the world, and as on March 18, it crossed 2,00,000. People across the countries, including the United States, are learning to adjust to life under isolation and lockdown. According to John Hopkins University, there are currently 8,000 deaths related to coronavirus, and more than 2,01,000 confirmed cases globally.

The pandemic has led to widespread anxiety about the economic consequences that spurred another round of decline in stock prices across the board. On March 18, the Dow Jones Industrial Average closed over 1300 points down. Worldwide, many other stock indexes experienced a downward shift by almost 4 percent.

The floor of the New York Stock Exchange or NYSE, considered as the central hub of the United States financial system, is set to close from Monday, March 23, as the Wall Streets struggles with the ongoing coronavirus pandemic.  For the first time in its history of 200 years, beginning next week, all activity at NYSE will be conducted electronically amid reports surfacing on Wednesday afternoon about at least one trader in the market tested positive for coronavirus.

In a statement issued on the same day afternoon Stacey Cunningham, NYSE President explained that the decision was a precautionary step and confirmed that the market was fully equipped to operate in an all-electronic fashion. She emphasized that they continued to believe that the markets should remain open and accessible to investors. However, no timeline was given for likely resumption of normal activities. According to a statement issued by Intercontinental Exchange, which owns the NYSE, it became clear that they would be monitoring the events closely to determine the appropriate time for reopening.

The decision comes as New York and the rest of the country remain under the grip of coronavirus in which 7,000 Americans have contracted the virus that killed more than 100 people.

The reactions of investors to the spread of the disease and the government’s response to it have caused huge swings in the market in recent weeks. Just about a month ago, the Dow Jones Industrial Average and Standard & Poor’s 500 had climbed to all-time highs but have now entered the bear market territory.

A day before the announcement by NYSE, Steven Mnuchin was optimistic about the market remaining open and did not expect it to shut down as the country grapples with the spread of the disease. Only once before the markets had closed temporarily following the terrorist attack on September 11, 2001, but according to Mnuchin, attributed that shutdown was due to technological disruptions.  His reiteration that he firmly believed in the markets remaining open indicates that he had never anticipated a similar closure this time.

Mnuchin also toyed with the idea of the possibility of reducing the trading hours on Wall Street, but no related announcements have been made until now.

Most recently, in 2012, NYSE had closed its trading floor, but it is now time to test the exchange operator’s contingency plan during an actual trading day.

Lack of financial protection for people working from home during coronavirus...

How to have access to the best bird nest delivery Singapore?

What To Do If You Can’t Pay Your Utility Bills