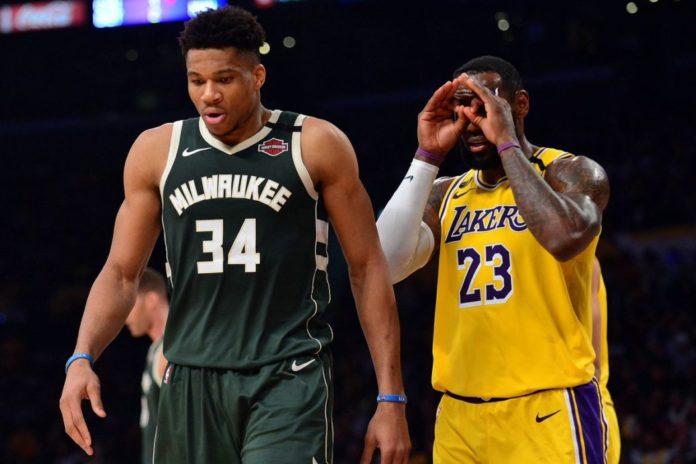 Basketball fans have been waiting for a long time for their favorite sport to get back. The 2019-20 NBA season was suspended on March 11 as the coronavirus pandemic began to take hold.

However, the good news is that the action will be starting up again soon. So, buckle up because soon you will be able to enjoy some fine dunks and court auction.

When Do the Games Begin?

July 30 is the start date announced by the NBA’s Board of Governors. From this date, 22 teams from the Eastern and Western Conferences will get back to playing again.

At the time of the suspension, each of the teams had played somewhere between 63 and 67 games. Under the plan to re-start the NBA, the 22 teams will each play 8 more regular games to find out the seeding for the playoffs and enter a post-season tournament.

All of the remaining games needed to finish the interrupted 2019-20 season will be played at the ESPN Wide World of Sports Complex at Walt Disney World Resort in Florida.

There will be strict health and safety protocols in place to protect the players and officials, with regular testing to be carried out. However, the games will all be played behind closed doors, with no fans allowed in.

You can still carry betting online on NBA games, though. Click here to see the current odds for NBA: https://extra.betamerica.com/nba/odds/

What Can We Expect?

There is definitely an element of the unknown about this event. The players have been away from the action for so long that they are sure to be rusty. How long will it take them to get up to speed? We can’t be sure until the games start up.

Some tweaks to the usual format will also add in a bit of extra intrigue. It could be that the teams that hit the ground running are able to hold on for the rest of the shorter season. This could lead to a few surprises taking placing and maybe even give us an unexpected overall winner.

A number of players have also decided to opt out of the re-start of the season, with health concerns and various other personal issues causing them to give this event a miss.

Among the names on the list of those who have opted out are Davis Bertans of the Washington Wizards, Wilson Chandler of the Brooklyn Nets, and Willie Cauley-Stein of the Dallas Mavericks.

Looking Forward to the Following Season

The 2019-20 season is sure to go down in history as one of the strangest in the history of basketball. But what can we expect to see from the 2020-21 season after this one is finished?

The next season is scheduled for a start date of December 1, although it seems that this date may still be subject to change.

It is also worth noting that the NBA Draft lottery will take place on August 25. The Draft itself will then be carried out on October 16. Free agents can enter into negotiations with teams on October 18.

What isn’t yet clear is whether crowds will be allowed in for the next season. Presumably, this will depend upon whether Covid-19 can be brought under control before then. Certainly, fans will be looking forward to finally seeing their teams in action again.

While NBA fans might find the end to the 2019-20 a bit unusual, most will just be happy to get to see some basketball games being played after such a long break.

Is Brexit delay a defeat for Johnson? What seems apparent might...

What to Look for Before Hiring an SEO Agency

4 Tips for Essays That Will Transform Your GPA

Tips For Setting Up A Home Renovation Budget

What Are The Usages Of Software In Fitness Business?

Top 10 Best Antivirus For Your Computer

Why You Should Only Trust Certified Locksmiths