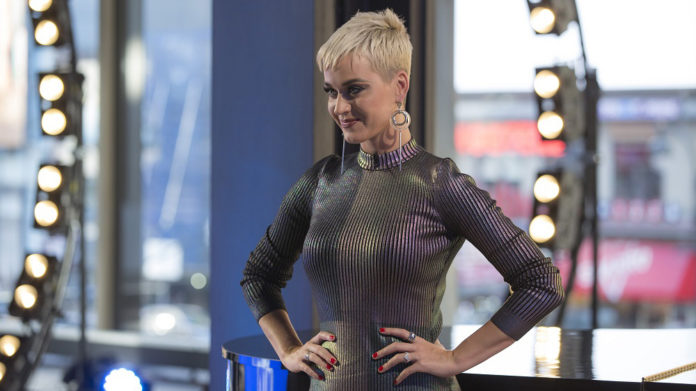 Katy Perry’s dark horse trial have been receiving unwanted attention for the past couple of weeks. This has been as a result of a lawsuit filed against Katy Perry’s song dark horse way back in 2014. Apparently, in 2014 it was discovered that dark horse which was one Katy Perry’s biggest hit was a copyright infringement of a gospel song by Marcus grey.

Katty Perry, her co-writer Sarah Hudson, the Record label (Capitol Records), and producers Dr. Luke, Max Martin, and Cirkut were all charged to court in 2014, after being liable for copyright infringement. This means that upon the verdict which has been carried out by a jury of six people, Katy Perry isn’t the only one paying a huge settlement fine. She and all other collaborators of the song will be paying a fine.

Marcus Greys joyful noise is a gospel rap song which was released in 2009. Joyful noise was written by Grey, and 2 other writers, namely Emanuel Lambert and Chike Ojukwu, and Perry and his collaborators have been found guilty of stealing the joyful song hook. All through the trial which lasted for only 7 days before the jury gave a verdict, a lot was said about the Katy Perry’s dark horse trial.

According to an associated press report, when it comes to music theorist, Greys and his team of accusers aren’t in the right. However, this is the kind of stuff that holds up in court. In similarities between dark horse and joyful noise, both songs do possess similar hooks, especially in the beginning of the song. However, according to Charlie Harding from Vox podcast, the similarities between dark horse and joyful noise should be free to use by both artistes despite their similarities. According to him, both songs use derivative descending minor scales in a basic rhythm. He further went on to elaborate that they also both use staccato downbeat rhythms on a high voiced synthesizer (very common in many trap beats). Harding also says the songs are quite different as regards their keys and BPMs (beats per minute), and also in their melodies which are not the same notes.

Harding alas went on ahead to create this graphic which points out the differences between both songs.

More importantly, Harding emphasized on the fact that [no] one should be allowed to own these core constructing blocks for the good of all past, present, and future art while referring to what he considers to be the vital aspects of pop music which both songs share.

The Verdict: How Much Perry and Her Collaborators will be paying

Before the verdict is discussed, you will also like to know that, the website musicologlize also made a great point just before the verdict. Apparently, another song known as Moments in Love by Art of Noise released way back in 1986 also share the same hook with both songs. This point was also brought up by Perry’s lawyer, but apparently, none of that mattered in court.

Many are concerned as to how this case might create a troubling precedent for future copyright cases. I did say they are right to worry, as you hooks might be original and 100% made by you but yet similar to probably a single released decades ago.

While the verdict of Katy Perry’s dark horse trial has been released, the jury is currently in the final phase of the verdict. This is where the decision of just how much Katy Perry and her team will be paying will be made.

According to Katty Perry’s testimony during her trial, she stated that co-writer and producer were the ones who brought her the instrumentals. While these might suggest that perry may not have known if or not they intentionally added hook from the joyful noise track. An insider has also stated that Perry always writes to a beat which she did with the dark horse. According to variety, perry and her accomplices have stated that she made a total of $2.4 million on the song. This means that this is the highest she can be made to pay by the jury. However, it is also very likely that she might get out of this financial unscaled.

This is because the majority of contracts by artiste and producers indemnify artiste from these kinds of lawsuits. If Katy perry’s contract is anything like what we know, then even if the jury finds her and everyone involved guilty, she can still go away with just a little scratch.

Real estate tips: How to sell a house quickly?

How to deal with allergies on time?

Best Countries In The World To Visit and Their Attractions

Best tips to help you hire a film production crew