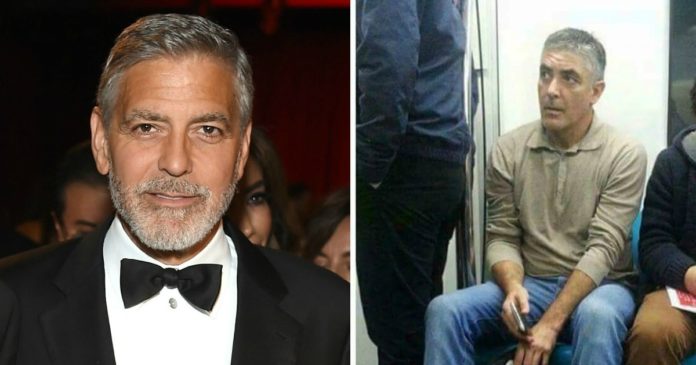 Celebrities and their doppelgangers have been spotted now and then. The concept of a doppelganger might not sound as alien to you as it did me the first time I heard of it. This is because of its common occurrence today. Little girls and boys looking like celebrity doppelgangers.

For who still do not know, a doppelganger is simply a double of another person. I first came into this finding while seeing the show vampire diaries. However, even then, I felt it was simply just a television occurrence. Then I saw my first actual doppelganger, and that all changed.

I know you might be familiar with some celebrity doppelgangers born in the 21st century, but what about doppelgangers that were born before your favorite actors and actresses? Here is a list of 7 famous celebrities and their doppelgangers in history.

Peter Dinklage and Sebastian of Morra

Over the years, Pete has gone by numerous stage names.  Some of his recent and arguably his best Performances would be Tyrion Lannister from Game Of Thrones and Thor’s Axe Maker from Avengers infinity war. Surely, you must remember him from one of the 2 movies. Sebastian Morra, however, isn’t one on the spotlight. This portrait of him is probably the only known record of him. The portrait was painted by Diego Velazquez, and it provides deep insight into how he looked. You just cannot deny he looks just like Peter Dinklage.

Eddie Murphy and an unknown man

If I didn’t know better, I did think this was just an old picture of the comedian. When it comes to celebrities and their doppelgangers, this is as good as it gets

Eddie Murphy is a successful and well-recognized actor, comedian, producer and scriptwriter, quite a force in the entertainment industry. He too has been found to have a doppelganger that lived decades before him.

Liam Neeson is yet another superstar on our list of celebrities and their doppelgangers. Liam has been named one of the world’s 100 sexiest men in history. While his double may share his looks, they do not share the same titles or history. Fidel was a communist revolutionist who died in 2016. He rose into power way back in the 1950s in Cuba and became one of the longest-serving heads of states who weren’t royalty.

Nicolas Cage and a Man From the Civil War Era

Nicolas Cage in an American Actor and director. His birth name is Nicolas Kim Coppola. Cage has featured and directed a lot of great movies throughout his career. However, if we didn’t know better, we did think he was an immortal vampire who fought in the world war.

Christian Bale and an unknown man

When it comes to celebrities and their doppelgangers, personally think the unknown is a photocopy of Bale. Christain Bale, who is an American actor, has been known for his intense acting style where he is willing to alter any part of his body for a movie role.

Other than their dashing face similarities, some other resemblance they share would be their magnificent beard, the shape of their heads and even a resemblance in their eyes.

Popularly known by her stage name queen Latifa, Dana Elaine Owens is an actress and singer who have won quite the number of awards. On the other hand, Zora Neale Hurston was an influential author known and praised for portraying racial struggles in the early 20th century.

Zora Neale Hurston was also known to have shown interest in African-American and Caribean folklore since her early days. She later based on the topic, writing countless books on it. Hurston also wrote fictions with portrayals of the issues and occurrences in the black community. Other than the outstanding accomplishments of these beautiful women, they also happen- to share a face.

Orlando Bloom and a Romanian painter

When it comes to celebrities and their doppelgangers, Orlando, who is known for his appearance in lord of the rings and the pirate of the Caribbean series, isn’t left out. From the portrait, you will find that the painter named Nicolae Grigorescu and Orlando share distinctively similar appearances.

Nicolae quite the famous painter in Romania and even considered the father of modern paintings in the country.

There are many more celebrities who share distinctive features with people throughout history. After all, there are 7 billion people on the planet and billions more who lived in generations past. It is very likely that quite the number of people from this life have a double at one timeline or another. You too could have or have had one, but since there isn’t actual documentation of everyone who has passed through this earth, then I guess there is no way to find out.

Can debt close my company?

Why a California Vacation is Like Visiting a Country All By...

Financial Planning for Seniors: A Guide to Successful Retirement