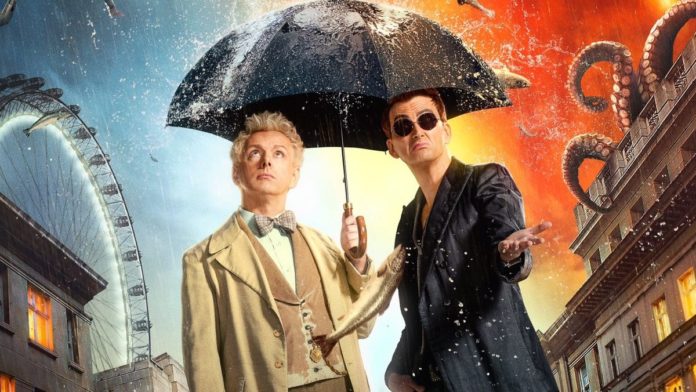 Upcoming Tv Fantasy series is what many are looking at to fill the hole Game of Thrones has left in our hearts. Good news is, there is an onslaught of Upcoming fantasy Tv series which will be hitting our televisions in the coming months and years. If you are a fan of fantasy movies and have no idea the next big show coming up on the block, then this is your chance. Here are 6 Upcoming Tv series that could do better than fill the hole GoT left.

On our list of Upcoming Tv fantasy series, we have GoT prequel. Over a year now, reports were floated that George R.R Martin alongside other top movie producers such as Jane Goldman, SJ Clarkson, James Farrell, Vince Gerardis, Jim Danger Gray, Daniel Zelman, and Chris Symes will be responsible for making a Game of Throne Prequel. However, this is no more just a rumour, production for the movie have already started. Read more: Game of Thrones prequel: All you need to know for everything you need to know about the series.

Lord of the Rings

In number 2 of our list of Upcoming tv fantasy series, we have The Lord of the Rings. For those who were born in the ’90s, movies like The Lord of the Rings and Titanic were what made teenage hood thrilling. Lord of the Rings broke grounds and shattered the box office record in its time. Seeing our teenage-hood beloved movie is certainly something to look forward to having in our television again.

Everything we know so far: The Lord of the Rings was acquired for $250 million and currently in development by Amazon. Amazon stated their commitment to producing a five-season series based on The Lord of the Rings in partnership with Tolkien’s estate and various other right holders of the Rings and Hobbit film series. Speculations stated that the show will focus on a younger Aragorn who roamed the lands of Middle-earth as a Dunedain ranger under various names like Strider and Thorongil.

If pulled right, this upcoming tv fantasy series might just end up shattering whatever records or Admiration GoT gathered all through its 8 years run.

In number 3 on the list of upcoming Tv Fantasy series, we have the Witcher which is based on Andrzej Sapkowski’s Witcher novels and short stories centering on Geralt of Rivia, a Witcher roaming the Region hunting mythological monsters and getting tangled in geopolitical chaos (in spite of his political neutrality). He ultimately embraces Ciri, who is the princess of Cintra and possessor of an ability to transverse time and space and trains her to be a Witcher.

All we know so far: co-executive producer of Daredevil and Defenders Lauren Schmidt Hissrich was hired to run the show and write the pilot script. Netflix picked up the rights way back in 2017 and have since stated production and even completed production of the first season. “Henry Cavill “, the man of steel,” takes the lead role in this action-packed series despite his role as Superman. With news circling he will be dropping is role as the man of steel, I bet DC fans will not be pleased.

With teaser hitting the net, the dark material is our number 4 on the list of upcoming tv fantasy series. From confirmed information, there is yet to be a disclosed date for the release of the movie.

Everything we know so far: The British broadcasting corporation is handling the series. The series is an adaptation of the movie the golden compass which was originally gotten from Philip Pullman-Northern Lights. The show has also been stated to bear some similarities to harry porter.

For men like former president Barrack Obama and other esteemed filmmakers who came to love the 1982 Conan the barbarian played by Arnold Schwarzenegger, Amazon is taking the reins in bringing the movie back to life in a more Fan pleasing pattern.

Everything we know so far: Amazon already owns rights to the series and have begun development. However, with bigger projects such as Lord of the Rings in the making, there is no release date as more resources and time are being directed to the bigger project. If the series is going to be anything like the Conan we have seen, then we are certainly looking at one of the best upcoming tv fantasy series.

The 1990 novel by late Neil Gaiman and Terry Pratchett Set in a world where biblical legends are true. The keeper of the east gate of Heaven and the Serpent from the Garden of Eden unite to prevent the apocalypse as they’ve come to enjoy their appealing lives in the United Kingdom.

This is certainly a series what betting on, and one to be included in the list of upcoming tv fantasy series.

Everything we need to know: the series already started airing on May 31, 2019, with David Tennant and Michael Sheen star as the angel and the serpent. Respectively, Jon Hamm plays Archangel Gabriel, Frances McDormand plays sovereign ruler(God) and, Benedict Cumberbatch will appear as Satan. Filming is in the making with Gaiman acting as an executive producer and showrunner. The six-episode series will debut on Amazon and then air in the United Kingdom on BBC Two.

In October 2018, Amazon announced it signed an overall deal with Gaiman, in which the award-winning writer ​will exclusively develop television series for Amazon Studios to premiere globally in over 200 countries and territories on Amazon Prime Video. So, we will also have more to look forward to from Gaiman.

So there it is folks, here are 6 upcoming Tv fantasy series which could be the next Game of Thrones. While some hold more potentials than others with some already airing, one thing is certain. These are all incredible movies worth seeing. So, if you think I missed anyone which should have been on the list of upcoming Tv Fantasy shows, then please tell us your pick on the comment section.

UP NEXT: THE REAL REASON DISNEY IS RE-RELEASING AVENGERS-ENDGAME

Pregnant Sophie Turner Walks on the Beach with Joe Jonas

5 Impacts of Eating Disorder on Quality Of Life

All That You Need to Know about Full Spectrum CBD Vape...

Plumber Insurance: How Important is it for Your Business