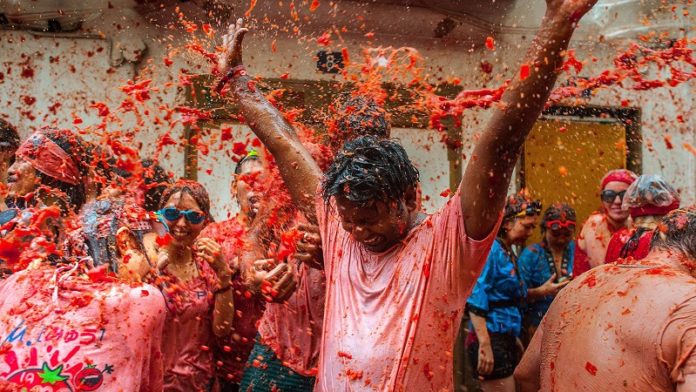 China is an Asian country which has a lot of rules, just like every country. Some of these unusual customs practised in China include;

While others may see burping as offensive and private, the Chinese prefer to see their guests burp after a meal. This is because they believe that burping signifies satisfaction with the chef. Therefore, it is seen as a compliment.

Whether it is at a person or an object, it is rude to point in some parts of China. If you are new in China, and you need to draw someone’s attention to something, it is better to do it with all your fingers and your palm facing up. Next time, you are in China and get ignored for pointing, you should understand why.

Whenever your tea starts running down, your host will immediately refill your cup.

-Refusing a gift before accepting it:

It is customary in China to reject the first gift offer. No matter how much a person wants your gist, he will first decline politely before accepting if offered again. If you visit China and your gift gets rejected the first time, do not get offended, it is just one of the unusual customs practised in the world.

Thailand is a country found at the centre of Southeast Asia. Its capital is Bangkok. It also has some unusual customs practised there. Customs like;

The Spanish have a lot of Customs which they continuously use. Famous for their love for parties, and good music, there are also some unusual customs practised in Spain. Customs like;

Do not get surprised if you get offered lunch and dinner very late in Spain. It is just one of the unusual customs practised in Spain. The Spanish tend to eat later than most countries. Lunch is served anytime between two and three pm, while dinner comes by 10 pm.

Siesta is not an unusual practice. However, the country is known for its adherence to this custom. Formerly, people use to go home to observe their siesta, but now, the practice I reducing. However, some shops still close between the hours of 2 pm and 4 pm to observe siesta.

Russia comprises of a lot of Eastern Europe and northern Asia. Known as the largest country in the world, it occupies one-tenth of all the land on earth. Russia also has some unusual customs practised among them. If you are visiting Russia, you should know about some of these customs;

If you are visiting Russia, you need to finish the food given to you by your host. Among the unusual customs practised in Russia, violating this one is seen as disrespectful.

One of the unusual customs practised by the Russians is their engagement to soviet cartoons. Often, Russian adults are seen watching Soviet cartoons. This is because the cartoons reflect Soviet society.

for the inhabitants of the country, they may seem weird to you if you are clueless about them. Here are some unusual customs practised around the world.

Visited any country and experienced some of these customs? Please leave a comment in the comment section. If not, this should serve as a guide on what you shouldn’t do when you visit some of these countries.

Also Read: Tips To Help You Survive In a Country That Speaks a Foreign Language

Top 4 Features Of PDFBear That Will Help You Work Well...

COVID-19: Is It a Fork in the Road for Gig Economy?

Avoid Loneliness When Living in a Foreign Country