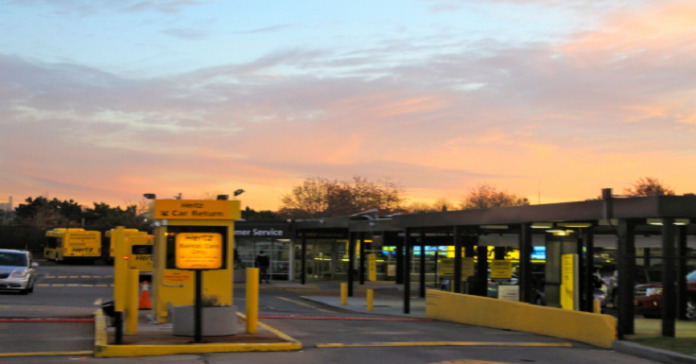 One of the largest car rental companies in the world, Hertz, has announced that it filed for bankruptcy after business completely dried up due to the COVID-19 pandemic. The 102-year-old company said that while it had filed for Chapter 11 bankruptcy for reorganizing its business, the development was limited to its American business leaving out its international operations in Europe, Australia, and New Zealand.

Uncertainty of Business the Main Reason behind the Filing

With car rentals at airports that form a bulk of its business collapsing almost overnight. The company is among the largest and most high-profile victims of the economic slump of the pandemic. A statement issued by Hertz said that since it was uncertain when the revenues would bounce back and the used-car market. It would open up completely, the company had no option but to file for bankruptcy.

According to industry analysts, Hertz, along with rental agencies like Avis and Enterprise, rule the industry. The entire car rental sector has been plunged into a crisis since the pandemic swept through the nation. In the last few months putting paid to air travel. According to https://edition.cnn.com, the number of passengers traveling by air plunged 96% due to the pandemic. It is no secret that car rental companies derive close to two-thirds of their revenues from vehicles rented from their airport counters.

With debt amounting to as much as $19 billion, Hertz as already under a lot of pressure and the chance of business reorganization. Made possible by the bankruptcy filing could very well save the company from going totally under. This is because a Chapter 11 filing does not mean that the company will have to be shuttered. Several companies, notably GM and some airlines have used the technique to turn themselves around and achieve record profits. It is also true that many companies have filed for bankruptcy. To streamline their operations have not been able to survive. Hertz has issued a statement saying that the bankruptcy will result in “a more robust financial structure. That best positions the company for the future as it navigates what could be a prolonged journey and overall global economic recovery.” The agency has already started shedding its workforce serving notice. To 12,000 staffers in North America and putting another 4,000 on furlough.

Following the announcement, Hertz shares dipped by 7.5% and moved even lower in trading after the markets closed. It is quite likely that the shares will have no value as a part of the process of the bankruptcy. The lenders that finance the company’s cars are already in a tight spot with the company. Missing an end-April payment and are engaged in discussions on how to best save the situation. The state of the car rental market threatens to severely impact the auto manufacturers. As Hertz and its main rivals continue to downsize their fleets, the auto manufacturers are facing a bleak future. Given that the rental companies purchase close to a tenth of their annual production.

PRACTICES THAT CAN MAKE YOU HAPPY AND ENJOY LIFE MORE

Ways to Further Your Education In Your Field Without Going to...

5 Steps To Achieve Your Financial Freedom

When is The Best Time To Travel: Why You Should Travel...

Delivering Happiness in a Bundle: How to Open a Flower Shop...

The U.S. government ready to tax off-shore companies if they don’t...