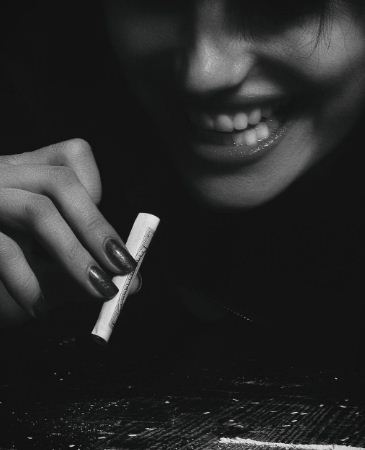 When having a quick look at the list of the Most Wanted by the US Drug Enforcement Administration, you might stumble against a very awkward name Ruben ‘Nemesio’ Oseguera alias ‘El Mencho’ that carries a $10 million reward on his head.  If you are ignorant about the person, then you are not alone because few Americans know him. He is the leader of the notorious Cartel Jalisco Nueva Generacion. He is also known as CJNG and a ruthless Mexican drug lord, a name that rings the alarm bells among the law keepers.

Across the US, El Mencho’s men are flooding the markets with thousands of kilos of heroin, methamphetamines, fentanyl, and cocaine every year without caring for the busts and lengthy investigations as well as undercover stings. The unprecedented and unrelenting flow of narcotics into the country has caused 3,00,000 deaths since 2013, devasted families, and led to severe addiction crisis never experienced before.

The rapid rise of CJNG has opened a new chapter in the generations-old drug war. That saw the Mexican drug lords and cartels battling it to get a share of the pie of America’s never-ending demand for drugs. So, according to the federal drug agents, the billion-dollar criminal organization has extensive control of drug routes across the US, rears a large and disciplined army, carries out an elaborate digital terror campaign, and uses sophisticated money laundering techniques.

The extreme savagery of the cartel in Mexico is replete with acts of public hangings, beheadings, acid baths, and unbelievable but true. They also indulge in cannibalism. Therefore, to spread fear and intimidation, the cartel spreads the pictures across social media on Facebook, YouTube, Twitter, and many other platforms.

However, CJNC has spread its tentacles deep with astounding speed into the American cities. It is from the east coast to the west by setting up shops in cities and towns and infiltrated into unsuspecting communities. Therefore, the organization has built networks from the beaches of South Carolina and Mississippi to the suburbs of Seattle, stretching up to the mountains of Virginia, touching California’s coastline, small farming towns in Nebraska and Iowa, and across the Bluegrass state covering Lexington, Louisville and Paducah.  Kentucky’s famed Calumet Farm, home to three Triple Crown and eight Derby winners, was once the workplace of a cartel member Ciro Macias Martinez. He was a horse groomer by the day and oversaw the flow of drugs worth $30 million into Kentucky by night till his imprisonment in 2018 on charges of money laundering and meth trafficking.

According to the bigwigs of the Drug Enforcement Administration, El Mancho’s drug empire is poisoning the streets of America.  The household name in Mexico is now quickly making its presence felt and name known to Americans, especially the grieving families who have lost a loving son, brother, or husband to the killer drugs. Such is the speed of devastation of the cartel that drug authorities are sure that Americans will not only become familiar with the name but will also realize why El Mancho’s rise of power matters.

5 Businesses That Can Benefit from Electric Bicycles

Why does Jonah Engler think that charity can be a life-changing...