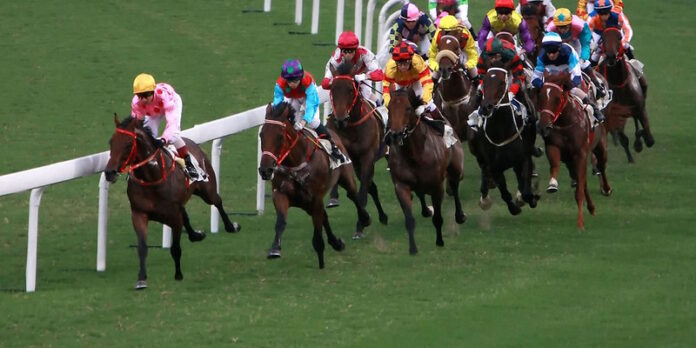 In what came as a rude shock to the world of racing, David Mullins has announced his retirement from the sport. The Grand National-winning jockey has called it quit at the young age of 24.

Mullins is not a stranger to the sport, as he is the son of trainer Tom and nephew to champion jumps trainer Willie. Willie has backed his nephew’s decision to quit the sport at the age of 24 and singled out the jockey’s instinct as the defining attribute of his short but successful career.

The son of the champion trainer’s brother Tom Mullins enjoyed some of his best racecourse days when partnering the perennial title-holder.

David, 24, cited lack of hunger for racing and a struggle with the lifestyle as the major reasons for his early exit when disclosing that “the bad times definitely outweighed the good” during his days in the weighing room.

Although David Mullins enjoyed a successful racing, his most prestigious victory was at the 2016 Grand National event when he let the Gigginstown House Stud-owned Rule The World to success at Aintree, an event where bets was place regarding which horses are running at the chase event that year.

The native of Kilkenny spoke of his relief to have quit the sport after falling out of love with the sport which he appeared destined to flourish in for several years to come.

“I think I realized during Galway in 2019 that the whole thing wasn’t for me. When you’re in the racing bubble and riding horses it’s very hard to think outside of that bubble and I needed to get out of it,” Mullins said.

“When you leave school at 16, you feel trapped into being a jockey. It’s relentless. There is no break. You’re always on call. The bad times definitely outweighed the good. There were times when I might ride a winner, but I would come home depressed because the other three didn’t win,” he concluded.

David, a nine-time Grade One winner, recorded a total of 211 career victories in Ireland. He also enjoyed some brilliant wins aboard the likes of Kemboy, Faugheen, and Al Boum Photo, but his racing career was stopped in his tracks in 2019.

He had to be air-lifted to hospital having sustained a nasty injury, but that had no impact on his decision to quit the sport midway through the calendar.

He became heavily involved with horse racing when he was 15 and gained popularity in his second season of horse riding at the age of 19 when he was receiving a 3 pounds allowance as a conditional jockey.

The Jockey, who majorly rode for his father Tom and champion trainer uncle Willie, was last in competitive action when steering Blackbow to third place at Naas on the 13th of January and bows out of the sport with 211 Irish winners.

Although David Mullins admitted his 2016 Grand National success as a major highlight of his short but successful career, he also took massive pleasure in the victories of Bellshill and Faugheen for Willow – his uncle, at the 2018 Punchestown Festival event.

A Complete Guide to Phone Systems for a Small Business

4 Compelling Reasons Why Cybersecurity Is More Critical for Small Businesses

SEVEN REASONS WHY PIZZA CAN BE GOOD FOR YOUR MENTAL HEALTH