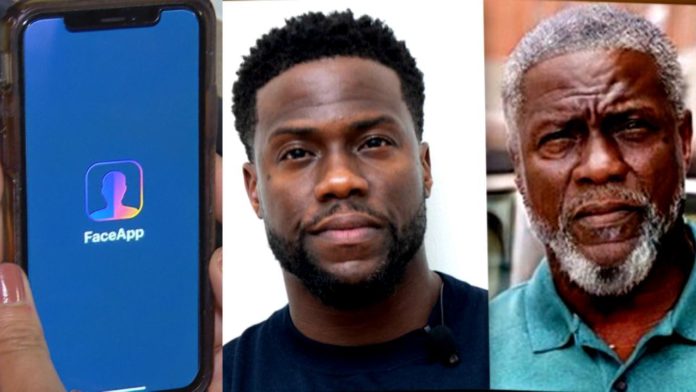 Faceapp which lets you “AGE” a photo by decades is created by wireless lab of St. Petersburg, Russia, by The developer and founder “YAROSLAV GONCHAROV. The App was ranked among the top free offerings in both the Apple and Android App Stores. According to TechCrunch on Wednesday, “Faceapp uploads more data than users realize.” With the overnight success of this App, many have ignored their privacy as a bid to be a part of what’s trending. If you are yet to try out the Faceapp, here is everything you need to know about it.

In early 2017, a service called Faceapp received a wave of press for using artificial intelligence to transform pictures of faces, making them look older or younger, male or female or adding a smile to look happier.

This week Faceapp once again made headlines as celebrities, Including Jonas Brothers, Drake, Gordon Ramsay, and Dwayne Wade, Kevin Hart and more appeared to use the App to show how they look like when they get much older, People who saw this rushed to download the App to see their own selfies turn grey.

The Faceapp Challenge is Sweeping through social media, giving us all a glimpse on how we will look in our twilight years.

Some security concerns raised about the App at the center of a popular social media trend are exaggerated, but expert says the developer should be more transparent. “A developer could not have asked for better publicity.”

Two years after being widely panned for a filter that critics describe as “Little more than digital blackface.” Faceapp found itself at the center of a popular social media challenge.

A range of Celebrities had been using the App’s age filter to modify photographs of themselves and provide realistic glimpses of what they could look like decades in the future.

There were growing privacy concerns about the App, as one breathless Headline in a New York tabloid put it “Russian now own all your old photos. “The fears came from stitching together scary-sounding but unfortunately not uncommon wording in the apps terms of service with an unverified and now deleted claim from a developer on twitter about the app “uploading all your photos” and the simple fact that the company is based in St, Petersburg Russia.

But then the backlash started when an issue was brought to light after a developer called “Joshua Nozzi” posted on twitter that the App tried to upload another photo from his library to its platform. However, not everyone agreed that the App automatically started rooting around their photo libraries.

Given the amount of sensitive data, people hold in their phone’s. From photostream, bank statement, addresses, receipts, etc. He said people should always exercise a bit of caution before installing a new app and giving it unrestricted access to their phones. The Democratic National Committee even sent out an alert, urging staff members on presidential campaigns to delete the App immediately, citing it’s tied to Russia.

Is The Aging Feature Accurate?

Now, we have to understand that an app can only factor so much information before giving a verdict. Many have stated that after using the App, they looked just like their parents. Why that might make you thrilled and tempted into believing that’s what you are going to look like when you age. Don’t be deceived. While the App might give some solid clues on how you might look, The Faceapp should be used and treated as a fun app only. This is because, according to Debra Jailman, who is a New York-based dermatologist and author.

She says there is no way to know for certain how a person will look as they age. This is according to her due to the fact that there are basically other factors that contribute to aging such as genetics, sun, illness, sleep, how well you take care and protect your skin, smoking, diet and so much more. Factors of which an app can possibly never account for. For exercise, you could try using the picture of, let’s say a person between 50-70. Use a picture of when they were much younger and see if the App gives you a picture of how they look today. It most likely wouldn’t.

The programmer says that it’s three age filters. Two for younger-looking images, one for older, and that it uses “artificial intelligence” to produce plausible alterations to existing photos. The Russian developed App first went viral in 2017 but has re-emerged since adding the option for users to advance their ages. Even though it’s research and development team is based in Russia, the company said that user’s data was not transferred there. Photo processing is performed on servers operated by Amazon and Google, face app founder, YAROSLAV GONCHAROV told TechCrunch. The developer further stated that the App isn’t by any means affiliated with the Russian government.

9 SIGNS YOUR READY FOR A MARKET EXPANSION

Add To Heart: 9 Superb Timepieces That You Can Shop Online...

7 Tips for Going Back to School as an Adult