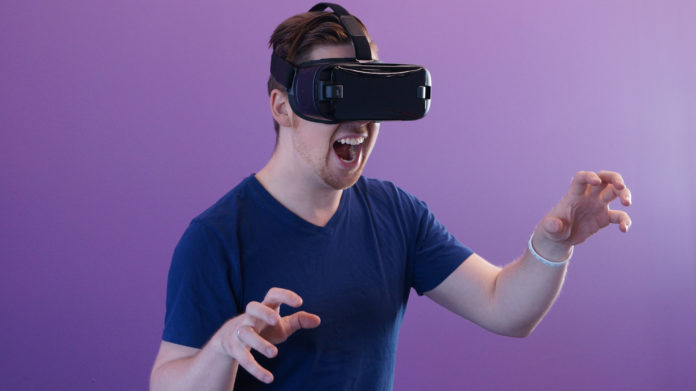 Morton Heilig did the first traces of Augmented Reality technology in the year 1957. Heilig was famous for his invention of the Sensorama machine, a device which could create an illusion of Reality by introducing smell, sounds, vibrations, and 3-D motion pictures. The next Reality technology surfaced in 1968.

This was when Ivan Sutherland known as the ‘father of computer graphics’ invented the display that can be mounted on the head to view the virtual reality world. Further work was carried out by Myron Krueger and Steve Mann. The term ‘Augmented Reality’ was formed by Thomas Caudell in the year 1990.

ARQuake made use of a transparent HMD; the user’s view depends on the orientation of his head. IN 2009, ARToolkit was made available in Adobe Flash. It is a design tool which uses Augmented Technology. In 2015, Microsoft developed the headsets using Augmented Technology.

Presently, Augmented Reality Technology is making waves in tech industry with a very bright future. It promises to bring new light to technology in a few more years.

How Does AR Work

Augmented Reality technology works by allowing the viewer see both the real world and the augmented world at the same time. Augmented Reality set images on the glasses which are made transparent. This allow the viewer to see those images as well as real-world images.

There are different approaches to Augmented Reality technology. Simultaneous Localization and Mapping is the most effective method. It matches the viewer’s surrounding using sensors. There is also the Location-based method which uses GPS to track Location and give feedback to the augmented Reality.

Commerce: AR advances the previewing of products as it allows the potential buyers to see inside a packaged product without having to open it. This is a big breakthrough in the commerce sector. Live greeting cards were made in 2015 using Augmented Reality technology. 3D models of products can now be uploaded online. All thanks to Ar.

Architecture: Buildings can be pre-visualized using AR. Some AR applications can allow people to see through the exterior of an architectural building.

Augmented Reality technologies are getting even better and more useful. By the year 2020, Augmented Reality is predicted to reach 1 billion users worldwide. Some future possibilities in the AR world include;

There are some concerns over privacy when using AR. The Augmented Reality technology ensures quick and easy access to information, and some of this information may be privatized.

Another disadvantage of AR is the possible change of surrounding. When using AR technology, viewers are sometimes transformed into a different world. You could lose knowledge of the real world and try to act out from the imaginary world. This can cause accidents to both the users and their surroundings.

Why You Should Be Using Presentation Folders

How Having a Pool Improves your Business

How parties nominate candidates for the US Presidential race?

7 Benefits of Massage Therapy For The Elderly