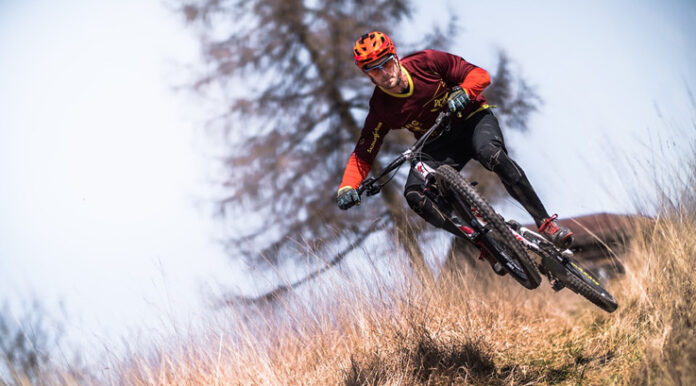 Dating back 30 years to 1991, the Cactus Cup in Arizona is enjoying an anniversary year in 2021. With three days of intense mountain bike racing, it’s an event to which many across Arizona look forward (and it even has followers around the United States). As well as the Enduro event, the Cactus Cup also has the Time Trial and XC 40 Mile events.

For those who have the ambition to lift the Cactus Cup aloft, or win some mountain bike gear & apparel from Sendy Gear as runner-ups, they must compete in all three days of competition. However, this doesn’t mean that people can’t enter single days and enjoy mountain bike racing.

As fans of the competition will know, the Time Trial takes place on the Friday while the XC event is held on Saturday and Sunday holds the Enduro event. However, how did the competition start back in 1991? What sort of history does the competition have? Let’s find out!

As the world was celebrating another new year and another new decade, Team Aware, a group of cycling friends, decided to hold a competition based at Pinnacle Peak. Unfortunately, the original route is no longer available since houses have been built on the trails. Yet, it was a beautiful location in the early 1990s and allowed names like Doug Roether, Scott Paulsel, Jon Milliken, Andy Gelle, and Dan Basinski to get started with the idea.

One year later, Team Aware came together for the first edition of the Cactus Cup. After some advertising to the locals, around 100 people turned up to Pinnacle Peak Park, where 150 acres welcomed the participants. Every year, more and more people turned up to see what all the fuss was about as dozens of riders jumped onto their mountain bikes to race.

Within five years, the event had grown in Phoenix, and thousands of people would descend on Pinnacle Peak Park to either take part in the mountain bike racing or watch the events unfold. Throughout the 1990s, the event attracted so much attention that the following professionals got involved:

In 1998, the event changed as a loop opened in McDowell Park. This loop remains today alongside two others, coming to a total of 15 miles. Equipment has always been integral to success at the Cactus Cup, with many obstacles facing each rider along the way.

Before the turn of the millennium, American Trails awarded the Competitive Track a Planning and Design National Trails Award. More than anything, this perhaps shows how well received the competitive track was from the start. Now, the competitive track has character features like The Ledge, T-Burner, Boss Pick Drop, Dan’s Delight, and Red Dot Hill. All riders will have to overcome these problematic features if they want to win the Cactus Cup at the end of the weekend.

Over the 30 years, the event has gone through an abundance of changes, and COVID has affected the event in 2020 and 2021. Yet, the spine of the mountain bike race remains, and the founders will be pleased that people still enjoy the race today. The new Specialised Cactus Cup will run for the fifth time in 2021 but at a lower capacity than usual. On Friday, mountain biking legend Ned Overend will even host a pre-ride to kick off the events.

If you want to challenge yourself in Arizona this year, the Cactus Cup will always welcome (and challenge) participants!

How Can You Cut Down Your Expenses on Your Plumbing Renovation...

4 Important Ways to Prep Your Home for the Winter Months

All About Fashion and Accessories: Top 7 Rolex Cellini Watch Collections

CONFIDENCE AND HEALTH IN A PACKAGE !