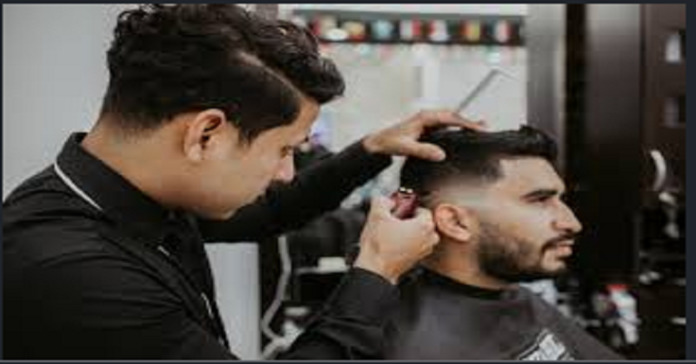 Do you remember the Game of Thrones (GoT) heartthrob, Kit Harrington aka Jon Snow? These days, his fans are crazy over his latest hairstyle, making them freak out at his sexy look. The GoT fans asking, “Who are you and what have you done with Jon Snow?” It was the combined state of mind of the majority of Snow fans when they saw the actor’s photos. With a distinctly different haircut.

Jon or the King in the North as depicted in the epic fantasy-drama GoT, stepped out on the streets of London, not with his typical curls as seen in the HBO hit series. For which he has been best known all this time. But a cool haircut amid the corona pandemic.

Pictures published in the Daily Mail made fans crazy

When the 33-old hot-bodied, handsome hunk’s pictures were published in the Daily Mail, his fans were like crazy! He looked polished in a form-fit black-colored hairstyle turtleneck, grey Chelsea shoes, and light blue skin-hugging denim. Walking his lovable pooch and taking home a grocery bag, unaware that how his fans swooned and flooded Twitter with comments. And thirst tweets over his new, sexy hairstyle.

One fan tweeted, “I will bend the knee for Jon.”

Over his new look, one fan tweeted, “I will bend the knee for Jon,” while another said, “I want – wait… in fact no, I need Jon to suffocate me with his thighs.”

Yet another fan, tweets that Kit with that cool haircut, brawny physique, and his meaty bulge looks just like a complete dad, who will ravage a woman in her bed. Yes, we remember, when Jon naked in GoT made love in the magical cave with the rebellious Ygritte. Again, he had sex with the Mother of Dragons, Danny, flaunting his sexy butt, while mounting her.

The other fans though miss Jon’s curls in the series and some gave mixed reactions. They said that Kit is too hot to handle but he cut his hair like this. Another fan grieved saying RIP Jon, moist curls, all be quiet, I am in grief.

Now, it has been two years, the famous epic drama ended after the eighth season. Kit addressed his fans saying hairstyle that the fateful and sad day would come. When GoT will not hit the screen anymore, and he teased mentioning further that he will step away and relish. The anonymity, trim his curls and make himself less identifiable as Jon Snow, the character he played in GoT.

With his new look, it seems that the actor’s Jon Snow’s days have gone. And he loves his dramatic look now.

Kit said that he had enough of his curly hair look. Wanting to step away from the show and glitz for a while. He wanted to have a haircut and so he did it. Next, Kit and Salma Hayek will feature in Marvel’s The Eternals. He will keep his beard, as he loves it. He loved his character Jon Snow but he prefers not to look like Jon again in his upcoming shows or films.

Why should you visit the chiropractor to combat stress?

Martin Polanco explains the benefits of exercise and its implication in...