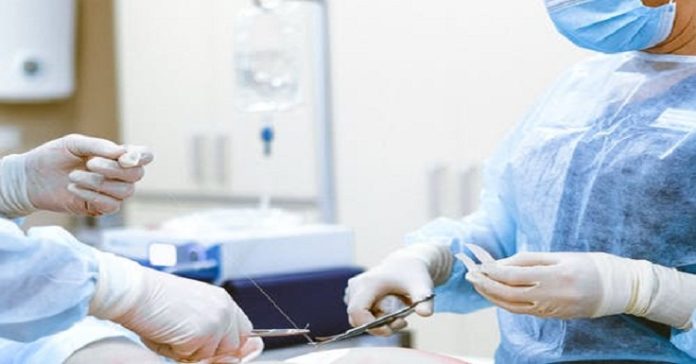 Most Hollywood celebrities are intensely image-conscious and have opted for plastic surgery. We know that Hollywood icon Marilyn Monroe had admitted about plastic surgery. However, some Hollywood stars have gone under the knife several times or for several reasons and often the outcomes have not been too pretty.

However, in recent times celebrities such as Heidi Montag, Yolanda Hadid, and Sharon Osbourne have been speaking extensively about the various cosmetic procedures they underwent and the complications and consequences of their cosmetic surgeries.

The former star of “Real Housewives of Beverly Hills” has revealed to the press how her fight against Lyme disease. Has compelled her to get her implants removed and her fillers dissolved the root cause of her illness.

Meanwhile, she got her implants ultimately removed in 2015 once doctors found out that one of the implants had ruptured.

She has come up with her picture on Instagram recently and has announced officially to one and all concerned that she has got rid of her breast implants, Botox, fillers, extensions, and everything that society has led her to believe would make her look hot and sexy. She has requested everyone to do ample research and make educated decisions before introducing a foreign element in their body.

Way back in 2013, Spears revealed that she has done a bit of a cosmetic tweak. She seemed happy with her Beverley Hills cosmetic surgeon who has been helping her with slight tweaks here and there. Moreover, she has admitted that she has been using lip injections.

Supermodel Cindy Crawford has admitted that she has been having Botox shots in the past. She has been relying on vitamin injections, collagen, and Botox for restoring skin elasticity. Even though she reveals with pride that she leads a healthy and simple life that works wonders, she drinks plenty of water, exercises, and eats right; however, she owes the superb skin quality to her cosmetic surgeon.

The top British glamour model Katie Price is 34-years-old and has admitted to having undergone extensive surgery. And that may include lip injections and a nose job too.

Plastic surgery can be a boon or a bane depending on its application and the expertise of the doctor. Some reality TV stars and Hollywood celebrities have undergone plastic surgery and are quite proud of it while there are some who have developed certain issues. And got rid of implants, extensions, and fillers.

How the boys can get a buzzed look at home

Four Everyday Activities to Help You Relax and De-Stress After a...

The Millionaire Guide on Property Investing to Help You Get Rich

4 Benefits of Buying A Vacant Lot

Education Credit 101: All You Need to Know About Education Tax...

How to create a tranquil mediation room with Wallpaper