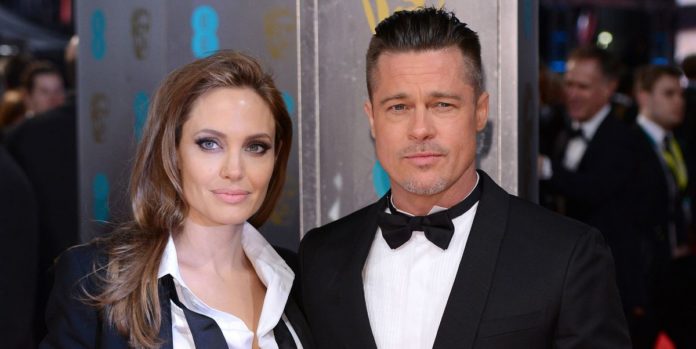 Brad Pitt and Angelina Jolie who have filed for divorce since 2016 have not seemed to have finalised their divorce. Some divorce are known to take longer than others, 3 years have gone by and according to their lawyers, there is still going to be a couple years more before their divorce is truly Finalized. If you have not been up to current happenings as regards the Brad Pitt and Angelina Jolie divorce, allow me to get you up to speed.

The Truth About Their Relationship

Before their divorce filing in 2016, Brad Pitt and Angelina Jolie have been together since before 2006. The couple who weren’t married at that time, their relationship was merely taken note of after Angelina Jolie stated she was carrying Brad’s baby. However, it wasn’t until April 2012 that they got engaged. Finally, in August 2014, they got married.

The Truth About Their Divorce

Despite being together for 12 years, Brad Pitt and Angelina Jolie relationship was built in a shitty foundation.

While divorce is common with celebrities, Brad is certainly one who had his fair share of divorce and a long string of relationships and so have Jolie before the duo became a couple.

If you do not know already, Brad Pitt and Angelina Jolie met on set while filming fans favorite movie Mr and Mrs Smith. They became cosy together. Brad was at that time married to Jennifer Aniston, who later filed for divorce a couple of months after the movie was released. According to Brad Pitt and Angelina Jolie, they stated that nothing ever transpired between them both despite the rumours till Brad got divorced. However, in 2007, we got a totally different story. According to the Vogue cover story, the couple actually got very close while on set for the movie. The couple also went further to say that during their relationship, there was no case of infidelity from either Brad Pitt or Angelina Jolie. However, we can all tell that it was just one of their secret.

Other than the above reason, according to nick swift, there were a couple of more reasons Brad Pitt and Angelina Jolie didn’t walk.

Apparently, as their relationship grew older, the couple ultimately wanted different things. With 6 kids in the picture, Jolie wanted nothing more with the Entertainment industry, and Brad at his prime wasn’t quite done being the golden boy.

Other issues they possibly had in their relationship included the fact that they disagreed on the best way to raise their kids. These and many other reasons are what circulated during the duo’s divorce.

Like we all know, Angelina Jolie filed for divorce in September 2016. However, it wasn’t until late 2018 that the couple was officially separated. The reason was, apparently she wasn’t going to let her ex-hubby see their children. So it was a custody battle and a nasty one at that which dragged for over 2 years.

Now, with the bitterness between the 2, I doubt either party will allow either of them to get a penny more than they deserve. Legal expert agrees as they have predicted that unpicking their financial affairs and coming up with an agreement both parties will sign will take a couple of years.

One of their notable properties includes their French base wine estate which both Brad Pitt and Angelina Jolie bought from Tom Bove for $60 million. Today the wine estate is worth at least twice the amount it was bought for. While the split should be easy as they could just sell and split the money, it isn’t that simple.

Brad is anxious to sell while Angelina wants to keep. Now you see why there is a challenge. Who is going to cave for the other, as either party are also unwilling to buy out the other?

While celebrity divorce is known to drag out for years, that of Brad Pitt and Angelina Jolie might just be one of the craziest we have ever witnessed in the history of celebrity divorce. According to lawyers and accountant handling the split, these proceedings are always very difficult, especially when there are kids and wealth involved. Furthermore, a divorce lawyer in Beverly Hills even went further to say that the wealthier the couples are, the more complicated a divorce will likely be.

So there it is, you are caught up to everything as regards to Brad Pitt and Angelina Jolie divorce.

Also read: Everything you need to know about BET awards 2019

Why Virtual Event Solution is Popular?

Crucial tips for selling your house to real estate investors

Things to do in Miami for couples

Complete Care guide for your chinchillas