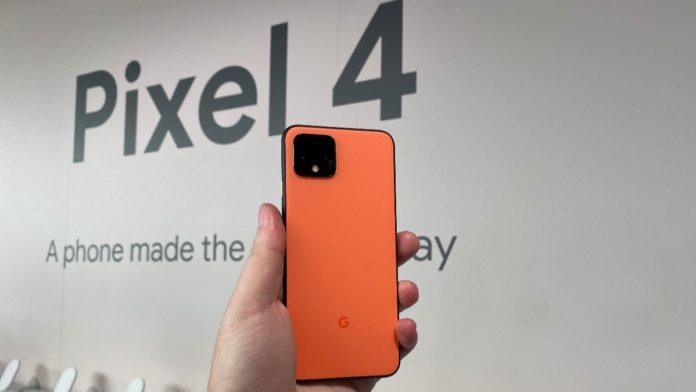 The Pixel 4 already has passed the test phase and ready to be released into the market. This means all Google is waiting for is the slated release date. October 15th, Google already started taking preorder, and as at 22nd majority just have gotten their packages. However, purchase through other vendors and shops isn’t till on October 24th. This means it will still require sometime before it reaches every corner of the globe. You can certainly be among the first users of the pixel 4 if you preorder from the Google official store here.

On everything you need to know about the pixel 4, usually as seen with products such as iPhone and Samsung products, the latest releases are always relatively more expensive than the former. However, Google found a way to keep the pixel 4 and 4 xl price to be the same as that of the pixel 3 and pixel 3 xl on their launch.

Unlike their predecessors, which came with notches and a two-tone look, the Pixel 4 will be ditching all of that and going with a more seamless look while increasing the size of the top bezel. This will ensure the new device allows for motion senses and features a face unlock. It will also be coming with a new camera arrangement, which is a lot like that of the iPhone 11.

Since the introduction of the pixel into our market, the Pixel 4 will be showcasing a dual camera for the first time in its history. Not only looking like the iPhone 11 camera but also features its square camera array at the back of the phone.

On everything you need to know about the Pixel 4, you will also enjoy learning the devices is packed full with a whole lot of new features. Some of the latest features and add to the pixel 4 will include;

Google earlier confirmed Project soli, which is a radar-based system and used for motion senses and other functions such as the hand gestures which allow users to mute calls, next track, and perform other similar tasks.

Google has also said to have taken advantage of the pixel 4 dual camera. One will feature for the pixel line and the other and the other equipped with night sight powerful enough to photograph the stars.

Google assistance will also feature new updates and come with a brain (AI) like nothing Google has ever made.

Official Phone Specification According to Google

Here is everything you need to know about the Pixel 4 and Pixel 4 XL. Quite an extraordinary device build for seamless usage.

you might also want to read about; The 5 Mind-Blowing Innovations In Smartphones In 2019

How to Get More Fiber into your Diet