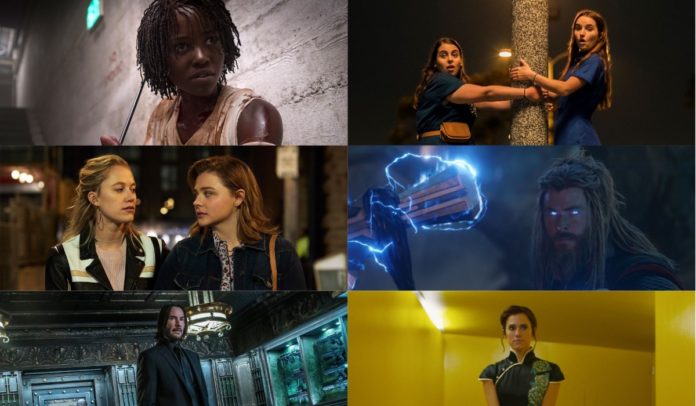 Best movies of 2019 so far aren’t just the ones you see on cinema. Other than the obvious names such as Endgame, Jon Wick 3 and the other box office hits, what are other great movies of 2019 so far? Take a seat and get a detailed revelation on all of the best movies released so far in 2019. With the year almost coming to an end, there are just a few windows for any movie which isn’t already there to get in this list. The fact is that there still is. The list will be updated to feature them should any be included.

Writers note: The list isn’t from best to worst.

The movie of childhood. Toy story has been a funny and heartwarming piece over the course of its 4 movie run. The perfectly played animated saga on what many believe to be its last piece talks about woody reuniting with his long lost buddy Bo peep as they soon realize they want different things from their lives as toys.

Woman at War is a film that leaves an impact in your life even after its rolling credits. The movie features the life of a fifty-year-old independent woman who lives a double life. However, this isn’t your typical government secret agent double life. Hella doubles as a passionate environmental activist who wages a one-woman war on a local aluminum industry. Her life, however, changes after she receives a letter that her child adoption request was approved.

As one of the best movies of 2019, the standout performance is what most people couldn’t seem to get over in this movie. The story talks about chila and Chiquita who have a wealthy background. However, their financial situation worsened and they began selling inherited possession. Things furthermore took a downturn after Chiquita was arrested on fraud charges. Life changed for Chela as she was forced to face a new reality.

Director Zhang Yimou with quite the number of movie success in his hands once again thrills fans with another action-packed masterpiece. The story follows the young unpredictable king. Without his knowledge, the military has a secret weapon with the face of the king” a shadow”. In a war the king does not want, he must use this weapon to lead his people to victory.

Topping the highest sold movie (James Cameron’s avatar) in the box office all-time gross, endgame comes with an exciting, entertaining, and emotional masterpiece. The movie talks about a band of superheroes who band up for a final showdown against a cosmic threat. The movie is a continuation of 2018’s avengers: infinity war which sees half the universe wiped out by the Titan Thanos.

In one of the most amazing acts of 2019 and certainly one of the best movies of 2019. The story talks about the life of a holocaust survivor in the person of Dr. Ruth Westheimer who later became America’s most famous sex therapist. In her story, Dr. Ruth transforms the question around sexuality. Visiting her painful past, the story emphasized how unlikely the part she took in her career considering her experiences.

Us is another great movie of 2019. It is a horror movie from Jordan Peele. The story revolves around a family of 4 who while visiting their vacation home, are pitched with 4 unknown figures on the driveway. The drama pits an American family against evil double gangers of themselves.

An amazing piece by director Joe Talbot. This great piece follows a boy and his best friend on his dreams of reclaiming his grandfather’s home built in the heart of San Francisco. In a world that seems to have left them behind, their struggle doesn’t get any better.

Marvel like always wows fans with one of the best movies of 2019. The story introduces the origin story of arguably the strongest character in the marvel cinematic universe (MCU). Captain Marvel offers action, visual thrills and of course humor. Her story began when she is caught in the middle of a war between 2 alien races and then in an explosion, she was granted the power of earth’s mightiest hero.

Simply over the top. In my opinion, this is the best movie in 2019 yet. In another hard hit, the brilliantly choreographed action-packed movie blew fans away with this masterpiece. One of the best movies of 2019 is undoubtedly John Wicks: Parabellum. After killing a member of the high table under consecrated grounds, John is awarded a bounty of $14 million and everyone else who aided him is stripped of all titles. In the third chapter of the wick, John has to beat the odds to stay alive.

From the producers of fast and furious comes this wonderful piece. other than this movie being an epic piece, fast and furious fans were quite dazzled by the stunts and the absolute brilliance in character performance. With characters like Jason Statham, Dwayne Johnson, Idris Elba, and even Kevin Hart featuring in the film, Fast and Furious: Hobbs and Shaw certainly clock as one of the best movies of 2019.

There are certainly tons of other great movies released this year 2019. The likes of spiderman; far from home and more. However, not all of them can make the top 11 spots for the best movies of 2019. However, think there is a miscall for any movie that should be here and isn’t, do well to tell us all about it in the comment section.

Ways You Can Mix up Your Exercises Using Walking Speed

7 Tips to Save on Buying Blinds for Your Home

Reasons Why Business Need to Use Compostable Packaging

8 Tips To Increase Your Home’s Value

4 Creative Ways to Decorate Your Home

Best Aesthetics To Add To Your Home