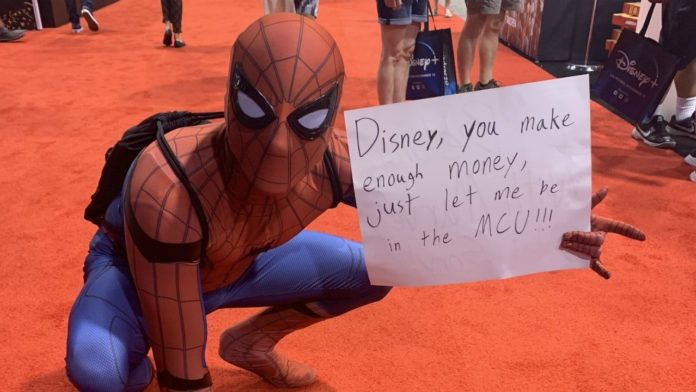 Marvel and Sony split have been a trending topic for quite some time now. The fate of our friendly neighbourhood spider-man has been the talk around the globe. Several have protested the issue with Tom Holland (Spiderman character) pleading with Sony to stay on the negotiation table. Missed on the trend? Want to know if you will be seeing Spiderman in the MCU (Marvel Cinematic Universe)? Here is everything you need to know about the Marvel and Sony split.

The Cause Of The Split

Waking up one morning and seeing the news, it came as a shock to me and no blog would give details regarding the split. So, I turned on my spider senses and here is what I found.

Sony studio owns the filming right to the Spiderman character. On an earlier agreed deal between Sony and Disney, there was an agreement which stated the web-slinger will be spending time with both is corporate parents.

In return for Sony allowing Spiderman feature in the Marvel Cinematic Universe, the deal was that Kevin Feige who has been marvels ace producer will act as lead producer for all future Sony’s spider-man solo movies production. This was with the inclusion of Disney earning 5% of all Spiderman solo movies as well as from all merchandising revenue while the rest goes to Sony.

However, after the huge success of the first two spider man “Home Coming” and ”Far From Home”, Disney who currently owns Marvel wants a higher pay cut from all future Solo Spiderman movies. Negotiations have been on the way for months with Disney proposing that future movies be financed evenly between the two studios and both parties get to go home with a fifty-fifty split of all revenue made from Spiderman solo movies.

Am guessing you see where the Marvel and Sony split came from. Sony wasn’t going to have any of Disney’s demand. With Sony owning filming rights to the character, except both studio comes down to an agreement. Spiderman will ultimately be booted out of the MCU. This means there will be no cross overs between Spiderman, shield or Spiderman as an Avenger. However, some fans argue that this can be a good thing for Spiderman, as despite the Marvel and Disney split, spiderman still gets to have his solo movies except with the involvements of Marvel studio boss, Kevin Feige.

How The Split Will Affect Spiderman’s Solo Movies

The involvement of Kevin Feige in all Marvel movies has probably been one of the greatest things that have ever happened to the MCU and every other character which have its root with them. Feige is an excellent producer and president.

It will certainly be a huge loss for Sony Should they choose to continue without Feige’s involvement in the upcoming movies. So, arguably future Spiderman future solo movies might suffer from a lack of creativity and an overall fan decline. Amongst other things Feige has been known for, one major aspect has been his ability to give fans what they want. So that will have to be one hell of a shoe Sony will have to fill if they chose to retain the Spiderman fan base.

The Future of The Web-Slinging Hero

The future of the web-slinging hero has been the question on everybody’s mind since the crisis. Marvel and Sony split have certainly caused some major uproar in the fan community and even within actors themselves. This includes Jeremy Renner (Hawkeye) who addressed this issue on his social media handle as well as Tom Holland (Spiderman).

Trying to reach an agreement that will satisfy both companies have been on for months which at several occasions which all thought there will be no future for the friendly neighbourhood Spiderman.

However, in a press release on the 27th of September, Feige who is the president of marvel confirmed that they have reached an agreement as regards the split between Marvel and Sony. Although the details of their new agreement have not been made public, here is what we know so far. The new agreement will allow the character to appear in future MCU movies. Also, this will also allow marvel (Feige) to produce a third solo Spiderman movie scheduled for 2021.

Like I stated earlier, Sony owns the filming right to the character. However, Marvel still retains its right to the comic distribution. This means if things again go sideways, Marvel fans can still very well see more of Spiderman on comic prints.

Here is everything you have missed regarding the Marvel and Sony split. If you have been out of the loop, this article covers everything you need to know about the Spiderman crisis. I am glad both companies have reached an agreement, and am positive millions of Spiderman fans out there too are glad. Don’t forget to leave a comment telling us how you feel about the whole marvel and Sony saga over the past few months.

7 Best Garage Storage Shelves You Need To Add To Your...