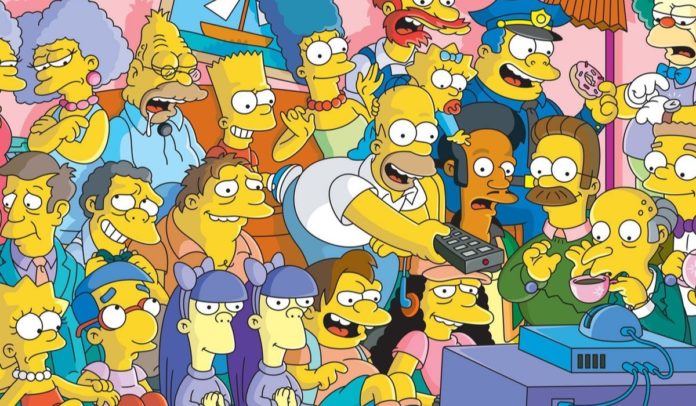 The Simpsons is America’s longest-running television series. The animated sitcom has spanned over 31 seasons featuring 664 episodes and counting. The show started its run since 1989 and still airs today. The series is a humorous description of working-class life embodied by the Simpsons family.

Gunsmoke is an American television and radio western drama series which was networked by CBS. The television series ran from 1955 and ended in 1975 with a total of 635 episodes in 20 seasons produced. The show is placed as one of the best show of any kind and of any time. Gunsmoke was an adaptation of the American legend of the west created from standard elements of the dime novel.

Lassie is an American television series which follows the life of a female dog named Lassie and her companions (human and animal). The show was produced by Robert Maxwell and animal trainer Rud Weatherwax. Featuring 591 episodes, the series is without a doubt one of the longest American running television series. The series ran from 1954-1971.

Networked by NBC, Law & Order: SVU is another one of America’s longest-running television series. The series is a crime and drama genre which started in in 1999 and still airs till date. The series have featured 21 seasons and 460 episodes over the years.

Law & Order is also an American legal drama series also networked by NBC. The series was created by Dick Wolf. Law & Order started airing in NBC in 1990 and ended its 456 episodes run in 2010 which cut across 20 seasons.

The Adventure of Ozzie and Harriet

Running across 14 seasons and 435 episodes, the series is at number six of longest-running television series. The Adventure of Ozzie and Harriet featured the real life story of the nelson family. The series also ran in radio as well as television. Started in 1952 and ended its 14 seasons run 1966.

Following the Adventure of Ozzie and Harriet, is Bonanza with 431 episodes in the same 14 season. The series ran from 1959 to 1973 and was networked by NBC. The series is an American western series and the longest NBC ever networked. It is also America’s second-longest-running western series with Gunsmoke taking the number one spot.

NCIS is a fictional American police action series featuring a team of special agents from the NCIS (Naval Criminal Investigative Service). The series is a spinoff of the show JAG and premiered in 2003. The series currently has 17 seasons with 380 episodes in view. Currently still in production, the series promises the release of quite the number of episodes before its final season.

Airing from 1960-1972, My Three Sons spanned across 380 episodes with just 12 seasons. The series is another American sitcom which was originally aired by ABC but later picked up by CBC. The series talks about the fictional story of a widower aeronautical engineer as he raises his 3 sons.

An American drama anthology Television series which made its first appearance on May 7, 1947 and networked by NBC. The drama series was produced by J. Walter Thompson advertising agency.

The series ran for 11 series while spanning across 525 episodes. The Kraft television series was a live hour long series which offered television plays featuring new stories as well as various characters on a weekly basis. Kraft Television also sometimes known as Kraft mystery theatre. The esteemed show served as a milestone for many great actors and actress who in the future won academy award nominations and Emmy winnings.

These are 10 of the longest-running television series ever produced. While some might be impossible to find for your viewing pleasure on the internet today, there is quite the number of them in which you can still comfortably find and watch.

Series such as NCIS, The Simpsons, Law & Order and others which aren’t on this list are still very much airing, so you can still catch them in their respective channels. Some other long series I didn’t mention on this list are the likes of supernatural which begins its 15th and final season on the 10th of October 2019. Leave a comment on the comment section if you feel I missed any of the longest series you might know.

6 Ways Your Restaurant Business Will Benefit from Using Digital Menu...

How parties nominate candidates for the US Presidential race?

All You Need To Know About Augmented Reality

Guidelines for Expectant Mothers during Pregnancy