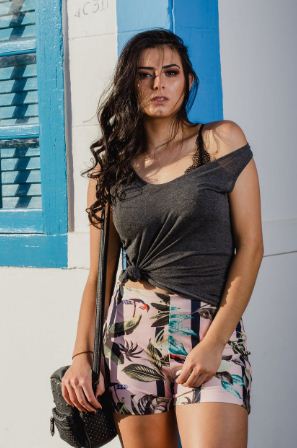 It is no secret anymore that Hollywood loves its divas to have breast implants every year. There are top celebs from the tinsel town who acknowledge having fake boobs, while a few others deny it directly. No matter what, these hot glam dolls look sexy with fake boobs. You might be wondering who these celebrities are. Of course, Lindsay Lohan is on the top of the list while the others include Britney Spears, Megan Fox, Kate Hudson, and more.

According to an article published on https://www.huffpost.com, breast implant and cosmetic surgery are extremely popular in the US though celebs have to cope with dismissal and judgment. Here are the top glamour girls from Hollywood with fake boobs:

Lindsay did deny having fake boobs, but then her breasts started looking remarkably bigger since 2006. She is an American singer, actress, songwriter, fashion designer, as well as a film producer. She was born and brought up in New York and bagged the contract for posing as a model for Ford when Lohan was just a child.

She made her breakthrough in the movie, The Parent Trap, which was a Walt Disney Pictures production. The success of this film led to a series of televised movies for the Disney Channel as well as the film Freaky Friday. Lohan achieved her stardom when she was a child and the hit Mean Girls gave her the rank of a teen idol. Read about Why Are People Obsessed With Melania Trump’s Wedding Dress?

When you hear the name Britney Spears, she has been in the headlines and known for controversies. Britney has been a hot topic of debate for quite some time. Though she never admitted to having a breast implant, photo proof shows she was under the knife.

She is an American songwriter, singer, actress, and dancer. The sexy diva was born in McComb in Mississippi and brought up in Kentwood in Louisiana. Her first two music albums, Baby One More Time as well as Oops! I Did It Again were a worldwide success, making her the top-selling teen artist of all time. Britney is often hailed as the Princess of Pop and considered the greatest pop icon of America. She was the one to revive the teen pop culture in the late 90s and early 2000s. Britney also embraced more provocative and mature themes in Britney as well as In the Zone. She made her debut in a feature film in Crossroads.

Though Megan claims that her breasts are natural, she had a boob job in the film Jennifer’s Body. She is an American model and actress, starting her career in acting in 2001 together with small TV and movie roles. Megan played a normal role in the Hope and Faith television sitcom. Fox made her debut in the film Confessions of a Teenage Drama Queen. In the year 2007, Megan shared the screen with Mikaela Banes in the super blockbuster movie Transformers, which became her breakthrough role in Hollywood. She appeared again in the sequel in 2009, Transformers – Revenge of the Fallen. Sometime later in the year 2009, she played a role in Jennifer’s Body, which was a black comedy horror.

Though this is not a comprehensive list, yet these are the top hot celebs with fake boobs looking super sexy.

Why Is It Important To Recycle Batteries

How to use Instagram when you are looking to gain followers...

How to Throw an Avengers-themed Party for Your Kid

Hot Celebs Who Admit and Denies of Having Boob Jobs