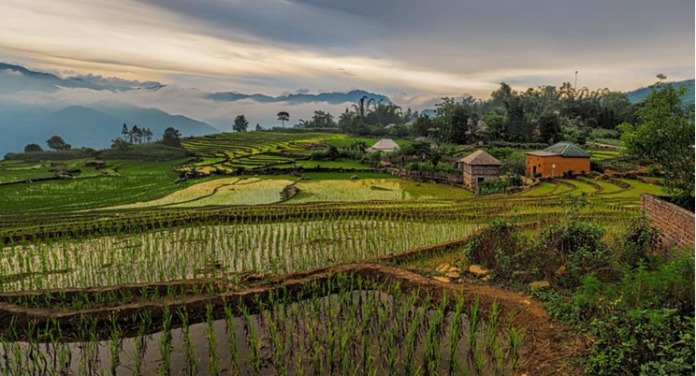 As a foreign tourist, it is important to embrace the nuances of the country’s culture that you are planning to visit. And when it is about visiting the country with deep secrets and culturally rich land, Vietnam, it is important to learn about the place beforehand. We are sure that the facts and the etiquette will fascinate you and also make you fall in love instantly with the country.

The treasured culture of the country is one of the attractions that caused a huge influx of tourists recently. Vietnam has been influenced mainly by the Chinese culture and also above that the country has passed through multiple changes in history. And this is why Vietnam got the quintessence of cultures, and the actual beauty lies right within.

Vietnam has almost 54 ethnic groups, but the major population comprises the Kinh people. Additionally, the geography throughout the country differs, some parts covered with mountains, some with stunning landscapes and also others with the rivers. This difference is also one of the reasons why people from varied cultures reside at different locations.

If you are planning the best Tours to Vietnam/Vietnam Travel Packages, the S-shaped peninsula country, it would be best to know about the norms and avoid chances of creating any bizarre situation. Are you excited to explore the secrets and crazy cultural beliefs of the country? Keep scrolling…

Many of the locals do not strongly believe in Buddhism but do follow the Buddhist preachings. The locals of the country greatly believe in learning and also love their society and family. The Catholics of the country do not entertain any superstitious practices but do keep the shrine and altar of a family ancestor.

Let’s know a bit more about the family values of the country:

You are likely to book yourself the best Vietnam travel packages; however, without knowing how Vietnamese bond with their families and how much they value their ancestors can be known here.

Vietnam has zero to negligible western influence, and unlike the western countries, children stay with their parents even after graduation or getting married. Don’t be surprised if you see three to four generations of families staying and hanging out together. Children are taught to respect elders specially and greet everyone with respect. Elders, on the other hand, have to take care of and prioritize the study of their kids or grandkids.

There are certain dos and Don’ts that one should know before booking the flight tickets to Vietnam. The reason being, acknowledging yourself about the dress requirements and food styles, helps you in better backpacking.

Few other interesting secrets about Vietnam are:

No one likes their country being criticized and nor does the Vietnamese. They give you love when you visit them and expect the same in return. Vietnam is an amazing country, and the culture has a great fusion of traditional and modern values. If you are fascinated with the facts already, book your best tours in Vietnam today!

Why Disney is re-releasing Avengers-Endgame

WHAT CAN YOU DO IF THERE IS A WATER LEAK OR...

The American Federation of Musicians and Employers’ Pension Fund at Risk

Why Are People Still Talking About “Investing” In Cryptocurrencies?

Taking care of your home for new homeowners