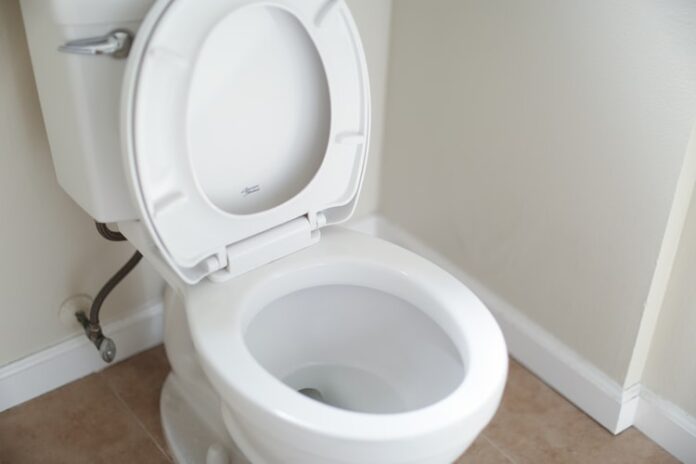 An essential test for small domestic problems, unblocking a toilet is an intervention within everyone’s reach. You can start your procedure by using a liquid un blocker or a suction cup, If that is not enough, a pressure un blocker or a snake can help you unclog your pipes. You will need a liquid un blocker. Always follow the instructions for use and safety appearing in the product manual.

Equipment: Provide a pair of rubber gloves and protective goggles.

– If the water reaches the level of the bowl, or pretending slow draining toilet and does not drop in level after a few minutes, there is no longer any question of flushing the toilet. On the contrary, it is necessary to bail out to lower the level before intervening.

– A bucket and a plastic bottle cut off for the occasion will do. Remember to wear gloves.

– Work the bottle, pour a little hot water into the toilet bowl and add half of the bottle of the liquid unblocker.

– If the stopper obstructing the flow is not too far from the cuvette, the activation of the degradation of the materials by the product should be sufficient to resolve the problem.

– If the level has dropped significantly after this time, flush the toilet to check that your toilet is working properly.

Developed to activate the degradation of organic materials and toilet paper, the liquid enzyme unblocker is formulated without caustic soda or acid. It does not present a danger for plastic pipes and septic tanks.

If the liquid unblocker did not have the desired effect, you can use the suction cup. To be effective, the suction cup must have a sufficient diameter to rest well around the bottom of the bowl. Remember to wear waterproof gloves and eye protection.

After scooping, hold the handle vertically and push up and down movements at low amplitudes. The first step is to move the cap even slightly so that it no longer adheres to the wall of the pipe.

After about twenty seconds, pull sharply upwards to cause a piston effect. Repeat on the same principle of alternation until you notice the correct flow of water.

Another way is to use the piston unblocker or pump unblocker which uses the principle of the suction cup by increasing tenfold the suction and pressurizing capacity in the pipe. It is often delivered with two interchangeable suction cups, one suitable for washbasin and shower sinks, the other for toilet bowls.

You can also use the pressure unblocker. It works by expelling a gas stored in a cartridge. On contact with water, the gas decompresses and releases the plug.

To unclog a toilet, the suction cup is turned over to present its conical side. Place the unblocker in the bottom of the bowl, cone down and completely submerged, then press once to release gas.

Repeat a second time if necessary. The interchangeable cartridge is intended for around fifteen applications.

An equally effective technique consists in using a ferret, the hose of which will slip into the pipe until it reaches the plug.

– Slide the end of the hose through the outlet of the toilet bowl.

– Push gently to allow him to pass his elbow.

– Twist or shake the hose to help it move forward. If necessary, step back a little to move forward again.

– Work your way through the pipe until you encounter too much resistance, a sign that the end of the hose starts against the plug.

– Slowly turn the ferret’s handle. At the end of the hose, the corkscrew end will then be anchored in the mass which obstructs the pipe. When the handle meets too much resistance, the plug is harpooned and you must pull the hose towards you.

– Most often the plug splits when you pull and evacuates itself by the only pressure of the water still present in the pipe. Sometimes you have to go so far as to put the cork back up and take it out through the bowl.

In a multi-storey installation, such as a house on several levels or an apartment, the plug may be located further in the downspout network, hence the interest of inspection buffers installed on the PVC pipes, it is is where it will be necessary to introduce the ferret in case of failure at the level of the bowl.

Once the toilet is unblocked, flush the toilet several times, then clean the bowl and its toilet seat. A quick and simple action that allows you to test the unblocking of a blocked toilet yourself, before calling a professional plumber.

CONFIDENCE AND HEALTH IN A PACKAGE !

Top Benefits of a Car Rental Service for Your Traveling Needs

SarahBethHartlage–Healthcare and the Need for More Women in Leadership Roles