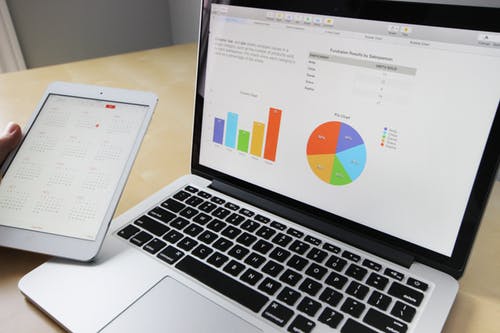 Today, we’re going to cover the subject of gross collections rate. It is one of the most common metrics that we see in all of the revenue cycle management.

I can’t tell you how many times we’ve had a provider come to us and say, “Are we doing well?” More specifically, they’ll say something like, “Is 12% good or is 36% good?” They’re looking for a yes-no, sort of thumbs-up or thumbs-down.

Most of the time, they’re coming, saying, “We’re trying to determine whether or not our billing companies are performing well.” Often, there is a background story where there are some other issues potentially, and they’re now at a stage at which they’re looking for external verification that there is, in fact, a problem. They’re looking for some way to quantify the performance.

Let’s start with the definition of what is growth collections rate. If you divide the dollar collections by the charges in a particular period that gives you a percentage and that percentage is what’s called gross collections rate. It varies between 0 and 100% although I have to admit that one time we saw something like 106%, but somebody had some problems.

As mentioned, this is one of the most common, and the purpose of metrics, obviously: it should help you understand something in your business and then take some action to make some improvement.

If your gross collections rate was 36% last month, and it went up to 38% or 39% or 42% this month, what can you conclude? Maybe, someone is doing something right. Perhaps, your billing departments or your billing company has improved something. Maybe, there’s been some improvement with a particular payer. Possibly, something’s got resolved. Or maybe, there’s just some random variation in the collection cycle, and VAT got paid faster, which is often the case. Maybe, you had lower charges in this particular period, which means your gross collections were up.

If something looks good and the performance is entirely contrary to that metric, that suggests that the metric is probably not particularly good.

One might suggest, and we’ve seen people do this, “Take a running 3-month average or even a 6-month average to smooth out that volatility to see ups and downs and charges from month to month, and slight variations in the collection cycle.” If you smooth it over 3 or 6 months, that reduces the volatility, and you start to reduce some of those variables. The only problem is that now you’re waiting 6 months to see if there’s been any change in performance.

What we have here is a metric that has some small correlation. You might say that this metric infers performance rather than concludes the performance.

Inferring rather than concluding are vastly different. If you infer something, it could easily be wrong. What’s the point of doing that? We need conclusive metrics that definitively tell us what the performance is and help guide us towards some action.

In the gross collections rate, the most important piece of information you need is missing, which is the fee schedule. 25% of 4X and 50% of 2X, all of the things being equal should be the same, but one sounds a lot better: 50% is better than 25%. When somebody comes to us and says, “Is 36% better than 13%?” the answer is always, “I don’t know because you haven’t given me enough information to conclude that.”

Do you need a fee schedule?

The reality is, even if we had a fee schedule, we still wouldn’t use the gross collection as a benchmark. That is not a metric that we use pretty much ever because you yet don’t know anything really useful. If it isn’t useful and you can’t use it to benchmark against other similar providers, then there’s no value to it because you can’t take any particular action. You can’t say, “Okay, here’s a particular area in which we need to improve. How do we drill down and identify a specific course of action to improve profitability?”

The net of it all is gross collections rate is not a metric that we utilize, and we don’t suggest using it if somebody is comparing to you and says, “Hey, we’ve got X gross collection rate.” Engage them in a conversation and see if you can get to some deeper understanding with them of what accounts receivable and revenue cycle metrics are about.

How To Make Custom Printed Child Resistant Mylar Bags For My...

All That You Need to Know about Full Spectrum CBD Vape...

The World’s Most Popular Takeout Food During COVID-19

How Does The Force.Com Migration Toolkit Work In Salesforce Migration?