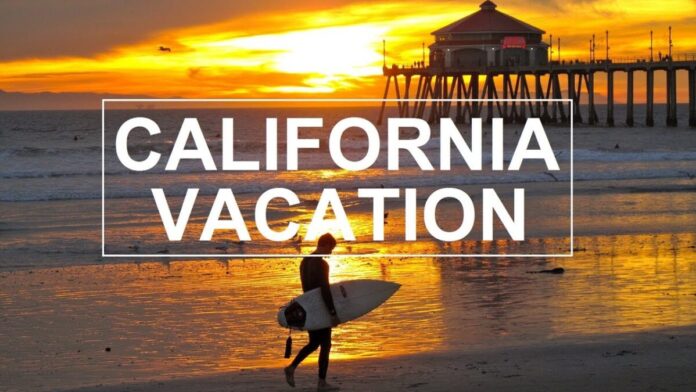 When it comes to state statistics, California can hit the box for ‘most’ many, many times. It’s the most populous, the most bountiful in terms of agriculture, and is a global leader in entertainment and technology.

While you might think it’s just because the stars of Hollywood and Silicon Valley are the reason for its big-headedness, the fact that it would be the fifth-largest economy in the world all by itself shows just how big of a player it is on the global stage. However, it’s not just because so much of how you live your life is thanks to technology made in California (or that so much of the entertainment you enjoy is also made there) that makes it worth visiting.

As far as being a tourist destination, California offers every sort of fantasy you can have, whether it’s to be pampered at swanky resorts or living in a yurt as far away as possible from other people. You can enjoy walks through towering redwood forests or brave the blistering heat of death valley (bring plenty of water).

There are towering downtown skyscrapers and small historical villages full of Spanish influence. The fact that you have to pass through sparsely populated states if you’re driving to California seems to reinforce the idea that it is completely separate from the rest of America. It’s good to know that once you arrive, there is so, so much to do.

California is the third-largest state, and while you might notice it most acutely when the drive along Interstate 5 from top to bottom never seems to end, the City of Angels does a better job because in addition to stretching out further and further away from the Pacific coast you’ll also spend your exploration of it in bumper to bumper traffic. Yes, LA is both big and not big enough, because the urban sprawl can’t keep up with all the people who want to live in this urban sprawl.

Not everyone comes here with dreams of superstardom, but just a desire to avoid cold and rainy weather (of course sometimes all of California oversteers in the other direction on that one). The beaches of Los Angeles are always a top draw, even if you have no desire to jump on a surfboard, or even tan because people come to Venice Beach to primarily watch people. When you are visiting you will find the fanciest art museums close to the adult industry capital of America. It’s a place where you might chat with someone in a hookup forum, but then meet them face to face in Disneyland.

This sort of contrast is what makes the city endlessly fascinating, and if you suddenly seem to tire of the amusement parks and studio tours, a day trip to something a bit further out can be just as memorable. It might be reaching Joshua Tree, following Highway 101 along the coast to the beautiful college towns, or heading down to a swingers club in San Diego before Comic-Con opens.

The name of the premier city in the region doesn’t cut it anymore. San Francisco is still a major draw of course (the sports teams alone prove it!), but it’s all the communities that surround this large body of water that is just as rooted in everyone else’s minds. At the Bay’s bottom is Santa Clara County, home to Silicon Valley (not an actual valley), which is just a pleasant term for a region with plenty of big tech headquarters.

While it might be whispered breathlessly in terms of importance and potential employment opportunities, if you are just visiting, the most exciting thing here might just be the awkwardly named amusement park, California’s Great America.

No, San Francisco remains the true tourist draw, as it is still a wonderful city to walk around (especially compared to LA, which demands a car). There are lovely old buildings and museums, a bustling LGBTQ district (where you can definitely get good sex advice, no matter which way you swing), a huge Chinatown, and beautiful scenery along the shores, including the unforgettable Golden Gate Bridge.

As it remains a busy seaport, the global influence in San Francisco remains, and this ensures that while it is proudly American, it welcomes the influence of the world with open arms.

Due east from San Francisco is one of the greatest parks in the world, covering an astonishing 1,100 square miles (3,000 square kilometres) which encompasses five different vegetation zones. It’s almost unthinkable that it is essentially a day’s drive from one of the most populous regions in the country because suddenly you can be surrounded by no one but your thoughts and thousands of animal and plant species.

The Yosemite Valley rightly gets all the attention for its breathtaking scenery and jagged granite peaks and cliffs, even though it takes up only 1% of the park’s total area. Most visitors and facilities are centered around this area, which means even if you prefer to spend your time in a nice lodge with a hot tub instead of a tent with a thunderbox down the trail, Yosemite can certainly accommodate.

Since the trek to the park might not be the easiest for day-tripping tourists, there are some websites that offer a virtual experience so that no one will miss out. It’s just another example of how California tries to best merge the two worlds of the physical and the digital, the fantasy and the reality, and the pedal to the metal and the traffic.

Close at the Heels of Coronavirus Relief Package Passed by Senate;...

Useful Tips On Planning Your Gift Budget For The Holiday Season

What Does a Cyber Security Specialist Do?