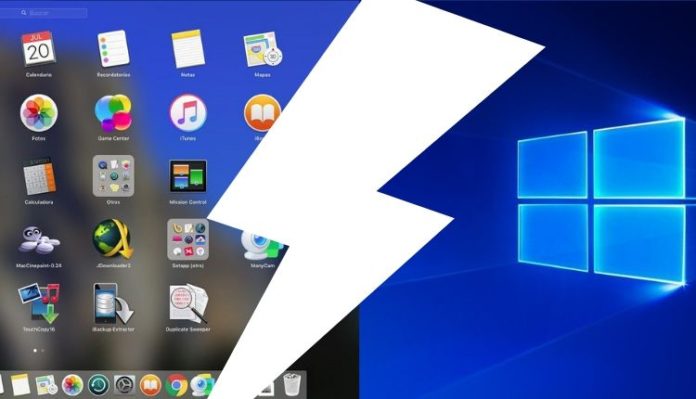 Mac is the product of Apple Inc. while Windows is the product of Microsoft. Both Mac and Windows are Operating System. Mac is also called as OS X. OS x is used by Apple Inc. on its own products. But Windows is used by different laptop and desktop manufacturers. I am not a window lover or an OS X hater. I present you the difference between OS X and Windows honestly. Both have their weakness and strengths. Before buying one, go through the article so, you can know better which OS fits you best for your task.

You can run Windows on Mac PCs. Apple allows installing Windows on its device. But it’s very difficult to run OS X on Windows. Moreover, it is found that it’s illegal to install OSX in non-official Apple hardware. So if you buy MacBook or OS X PC you can enjoy both operating systems but on Windows, You can’t. As I am a Mac user on Laptop and Window user on Desktop, So I will provide you every fact about both the operating system. Let’s begin comparing Mac and Windows.

Setup Experience on Mac and Windows

The hardware and Software are both built by Apple Inc. So the company will make the software that is compatible with its hardware. In installing Mac on Apple products, drivers for hardware like graphics, mice, keyboards, storage, etc. are recognized and installed automatically. The updates of the OS X is done through System Preferences.

While on Windows, The hardware is produced by a different company and Operating System is produced by Microsoft. So, while installing windows on the device, it sometime can’t find the drivers for graphics, audio, etc. You need to manually install this software with the help of driver CD provided by the hardware company.

Hardware is manufactured by Apple Inc. One should upgrade its internal components while buying the Mac Product. In the case of internal components, graphics card, CPU, storage, etc. OS X usually doesn’t prefer other company’s hardware but On windows, it gives you more flexibility in choosing the hardware of your own according to your requirement.

Inbuilt Apps on Both OS

But with Mac OS you will get a wide variety of apps along with built-in apps. Besides built-in apps, you can get GarageBand, Xcode, iMovies, keynote, iPage, Numbers, image and pdf viewer, etc.

Both the OS have their own Marketplace. Flagship software is available for both the Operating Software. You can find good general business software for Macs as well as for Windows. On Mac, for installing the software, you need to drag the software to the application folder but on Windows, the installation of software is straight forward. Most of the small software is not available for Mac OS.

OS X is far forward than Windows in the integration of Mobile Device to the Operating System. You can easily sync iOS with the Mac OS. Also, you can share your photos, transfer almost anything, video calling, payment be done on Mac OS and verified by iOS device, etc. and many more. Unlocking your OS X is easier with Apple Watch which is supported by Mac. Recently, SideCar is launched which help you to work on Apps side by side on Mac OS device and iPad.

Since Windows has many users and games are designed to target the OS which has many users. On Windows, you can find a variety of games. Since Mac doesn’t allow the customization of internal components, so all games are not available for Mac. Top level games are supported on Windows than on Mac.

When it comes to designing, Mac became a great choice for creatives, musicians, and designers. Mac is the high-quality computers which have hardware and software by a single company which made it run very efficiently. Due to ease in using OS X, it comes to the choice of many designers, developers, and creatives.

Since Apple produces both hardware and software, there is no doubt of instability. Apple controls its hardware ecosystem. Windows PC is unstable mainly due to third-party drivers.

When it comes to security, Mac is very much forward than Windows. Rarely malware and viruses are built for OS X. We all know that the Windows PC is prey for malware. If you don’t use the anti-virus software, you can crash all of your data at any time. Mac OS has immune to vulnerabilities.

See How Easily You Can Transform a Dull and Plain Bedroom...

Cons and Pros of Drug Rehab for Men

4 TIPS TO FIND WHICH CRYPTOCURRENCY IS BEST FOR YOU TO...

Can I apply for British citizenship after 3 years?

Tech Hacks that will Make Your Life A Lot Easier in...