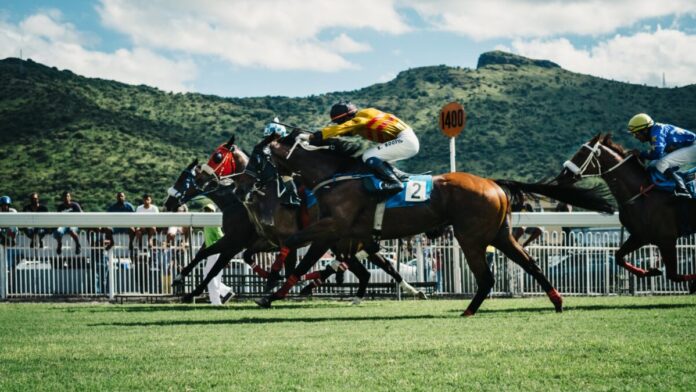 The horse racing handicapping system that is used in the United Kingdom can seem pretty confusing, particularly to newcomers to the sport. The good news is it can be explained in relatively simple terms.

There are several ways in which the UK horse racing handicapping system can be broken down to make it more easily understood. From being aware of why understanding the system is so important to how the potential of a horse is assessed by a handicapper and how you can take advantage of that assessment.

How to understand horse race handicaps

It is a fact that most of the horse races that take place every year in the UK are actually handicaps, which is why it is so important to have an understanding of the handicapping system in order to get the most from the likes of Cheltenham Festival betting offers.

It is much easier to be able to exploit a loophole and profit from it if you are knowledgeable about how the system works and can do so without fear of taking financial risks.

Many people are willing to take certain actions if they think they can gain financially. Owners and trainers are no different in this regard, willing to run their horse over a track or distance they know will be unfavourable to it to get a reduced handicap mark.

After the handicap has been lowered the horse will then have an unfair advantage when entered into conditions better suited to it and hard bets can be made, and it is important to know that this is not considered to be cheating but simply a proven way to exploit the handicapping system.

When you understand this, it provides a good method to spot loopholes and be able to exploit any opportunities that you are able to discover, but if you ignore them or are simply unaware of them to begin with, it is very likely that you will end up out of pocket.

How horses are assessed by horse racing handicappers

You need to understand exactly what is meant by the term “handicap race” before you can determine how the system actually works.

A handicap race in terms of horse racing is where every horse is given a certain weight to carry, based on its ability level, to ensure every horse is given an equal chance of coming out as the victor. While this sounds fair in principle, in practice it rarely is the case. Horse racing handicappers assess horses based on their previous racing history. The rating a horse is given directly relates to the weight, in pounds, that a horse carries, and the handicap system has a number of different racing levels classified from A through G.

A is the best quality while those horses rated G have been given the lowest grade handicaps. The official rating that a horse receives will determine the race grade that it can enter. Horses receive their official rating after their first three runs, after which it can change depending on how they perform in future races.

The ability of a horse is assessed on a weekly basis by a handicapper, which makes it possible for a fast sequence of two or three victories to be achieved while maintaining the same official rating, after which the horse would be given a penalty of between three to seven pounds by the handicapper. There are a number of trainers who have become quite famous for this type of behaviour, with Sir Mark Prescott being one of the most successful.

A different tactic that is made use of by some trainers is to have a young horse of two years old run three times over a much shorter distance than it prefers prior to the end of the season prior to winter, allowing it to keep the same official rating when racing resumes again the following April.

How to take advantage

The methods to take advantage of the system will depend on whether you are searching for a possible arb, trading a place or just doing straight betting, though the opportunity remains the same.

Owners and trainers may exploit the horse racing handicapping system, but there is nothing stopping the general public from doing so too, and anyone who follows the system will be able to manage it.

Complete newcomers should begin by backing high via a bookmaker and laying it off somewhat lower on an ‘arb’ (otherwise known as the betting exchanges), while more advanced punters may want to think about trading the price while it moves, though trading and arbitrage are a different ballgame entirely.

Watch out for these mistakes while selling your house during a...

Why Are People Still Talking About “Investing” In Cryptocurrencies?

What Does a Cyber Security Specialist Do?

Create attractive videos to steal the attention of viewers