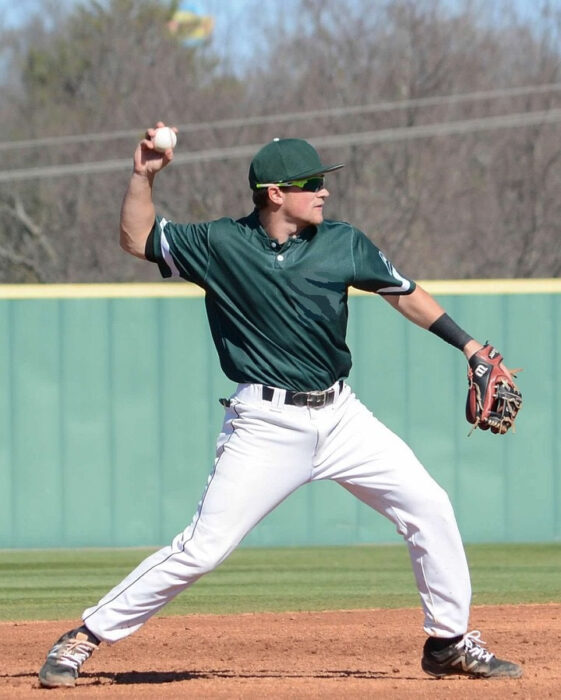 Some are born with natural gifts while others have to work hard to acquire the skills necessary to be a solid baseball pitcher. But being a good pitcher at the high school level is different than those skills necessary to compete at the collegiate, or dare we say, the major league level.

Yet, no matter how much time, effort, and dedication we devote to honing our pitching craft, it cannot turn a decent schoolboy pitcher into an elite MLB hurler. All we can do in life is to strive to be the best version of ourselves, and optimizing our pitching talents is no different. So, with that, let’s discuss the skills required to be a good, or even great, baseball pitcher.

The Pitcher is Baseball’s Quarterback

We should understand that the pitcher is the most critical player on the defensive side of the ball. As a quarterback runs the offense in football, the pitcher’s performance impacts his or her eight other teammates on the playing field. As the pitcher goes, so too goes the team’s fortunes to win the game because limiting the number of runs by the opposition is the name of the game. No player has a greater import in doing so than the person on the bump.

As a matter of fact, the pitcher is so critical that if you were to scan the MLB odds on any given day you will find that the lines directly correlate to the pitching matchups. It is the oddsmakers’ most important factor in analyzing a game and, thus, creating a Moneyline that will attract an even number of bets on both sides.

Communicating with the infielders, and of course, the catcher is an essential element in the pitcher’s repertoire. Although it can be the loneliest position on the field when the opponent gets a hit or scores a run, it can also be the most gratifying when succeeding. The enthusiasm a pitcher demonstrates can be infectious, therefore, if you are going to be the focal point of the defense, it helps to be a leader as well.

You will often see little leaguers throw the ball as hard as they can with very little concern for the accuracy of their pitch. But throwing hard is far from the most important characteristic of a decent pitcher. A youngster must develop proper technique as early as possible so that their mechanics will become second nature, which will also help diminish injuries to the shoulder, arm, and elbow.

The power a pitcher generates, similar to a martial artist throwing a punch, is inextricably linked to the torque being produced by the hips. It allows a more fluid motion with less strain on the joints. That is why you will often hear a coach say, “Throw through your body”, which is just another way of saying turn your hips as you pitch and use your legs for power.

If a pitcher is not accurate, they won’t be a pitcher for very long. The ball must leave the hand and end somewhere in the strike zone upon arrival. A young pitcher needs to work on accuracy before power because none of it will matter if the basics cannot be accomplished.

As a pitcher becomes more skilled in hitting the strike zone then the coach can begin working on a variety of pitches to fool the hitter. The fastball is the most widely used pitch at the Little League level but as a pitcher moves into the high school ranks, the batters are too good to simply toss every pitch down the main street.

Pitches such as the curveball, splitter, slider, and change-up must be incorporated into a pitcher’s arsenal if they are to be successful at the high school level and beyond. Some pitchers can even master the knuckleball but that takes years of practice and can often lead to devastating consequences if it flattens out over the plate only to get smashed by the opposing hitter. A knuckleball needs to flutter and that takes practice – lots of it!

And speaking of practice, it is the only way to hone your pitching craft. The practice has many components and it is not just throwing the ball to the catcher’s mitt. A steady regimen of diet and exercise is required as the level of competition increases because the hitters will be embarking on the same journey only working on different skills. A conditioning coach will be able to create a routine that works best for those wanting to improve their skills.

Lastly, we must also add that solid fielding is also a skill that a pitcher must have at the ready. How many times have we seen a ball hit directly to the pitcher only to glance off of the glove, cleat, or some other part of the body for a base hit? It happens all the time and although fielding might not be the most important facet of a pitcher’s skill set, it is nonetheless, a vital tool in the toolbox.

Mommy Makeover – Know what it is before you opt-in for...

3 Things to Know Before Dating a Police Officer