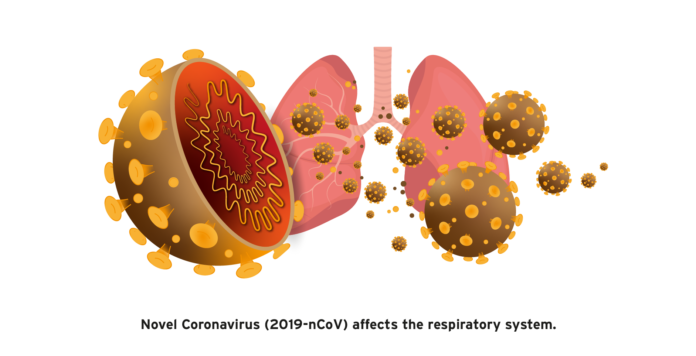 The Severe Acute Respiratory Syndrome is labeled as one of the most deadly illnesses. This viral infection will show flu-related symptoms. In the year 2002, it appeared first in China and by 2003 it was identified.

SARS is caused by SARS coronavirus. This virus is responsible for the illness related to the upper respiratory tract. Humans can be infected by 6 types of coronavirus among which 4 are very common and everyone will experience it at one point in their life.

Before the emergence of SARS, coronavirus was mostly seen in animals and was not dangerous to humans. Later on, researchers have speculated that SARS-CoV is transmitted to humans through animals but now this notion has completely changed.

SARS is rare and it overlaps with pneumonia and flu symptoms. It is very important to visit a doctor to diagnose the main cause of the problem.

Coronavirus is the reason for SARS and other types of the common cold. It is dangerous for humans and animals. The droplets of sneezing and coughing coming from infected people cause SARS.

The mucous membrane in the body will absorb these respiratory droplets. According to https://edition.cnn.com, Wuhan coronavirus and SARS outbreak began in China and have certainly originated from the market of wild animals.

People suffering from SARSmight face serious complications like heart failure, respiratory failure or liver failure. Some may also develop lung infection or pneumonia. People whose age is more than 60 or have any pre-existing problems like hepatitis or diabetes will have higher chances of developing complications.

One can opt for laboratory tests to identify SARS-CoV. RT-PCR test is done to detect the presence of the virus in the nasal secretion, stool, and blood. Serologic testing is used for detecting the antibodies of SARS-CoV in the body.

Viral culture is used by doctors to detect this virus. The measuring cylinder is used in this test. Body fluid or body tissue is taken in a container along with cells where the virus will grow. If the virus starts growing then the cells will encounter changes. If the test is done in the initial stage of the infection then it might not be reliable.

While fighting with contagious diseases it is very important to stay cautious. Things to keep in mind:

Unfortunately, no vaccines have been produced to fight against SARS. In the year 2013, researchers have announced that they have found a way to disable a portion of the SARS virus. Thereby, hiding it from the immune system!

People who are fighting with SARS will need to take care of themselves properly. If someone develops a breathing problem then they might have to visit the hospital for getting oxygen or fluids.

Since no drugs will work to fight this virus, some doctors might recommend antibiotics to fight other infections.

Everything you need to know about Beard Oils

Can ankle taping help to reduce ankle pain or strains?