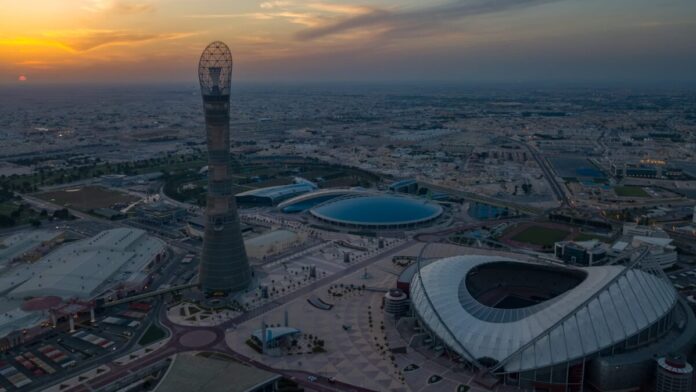 Two years from now, the 2022 FIFA World Cup will kick off in Qatar. The tournament is scheduled to last 28 days, that is four days less than the 2018 edition, starting on November 21st and ending on December 18th.

The hosts Qatar represents the only national team qualified up until this moment, this being their very first World Cup appearance. They are going through the best time in history, having won the AFC Asian Cup last year for the first time. And they did in style, winning all the 7 games and conceding only one goal, in the final against Japan. Qatar is also 57th in FIFA world ranking.

But what about the rest of the 31 teams which will take part at the World Cup? For now, the qualifiers are ongoing on two continents (Asia and South America), have not started in other two (Africa and North America), and the qualifying groups are yet to be drawn in Europe and Oceania. The last two qualified teams will be known in June 2022, after the intercontinental play-offs.

Syria, Japan and Australia have won all their games in the qualifying groups in the Asian Confederation, and so did Brazil in South America, while Argentina won three and drew one.

Unlike the Asian teams, Brazil and Argentina are going only through a qualifying stage, which means that they are currently the closest teams in the world to qualify. They are first and second, respectively, in their group of 10 teams. The first four qualify for the World Cup, while the fifth goes into the play-offs.

The two great South American football powers are also the only countries from the Americas in Top 10 favorites at winning the World Cup. The big betting online agencies have already published the odds at winning the 2022 championship. One of them is Unibet, a brand with an experience of more than 20 years on the international gambling market. It is highly appreciated for its excellent odds, and also for its offers, including a Unibet sportsbook welcome bonus.

For example, at Unibet, defending champions France are the favorite at winning the World Cup, with +600 odds, followed by Brazil and Germany (+700 each). Spain comes close, with +750. Argentina is the seventh favorite, with +1200 odds.

Brazil reached the quarter finals in 2018, being knocked out by the eventual Bronze medal winners Belgium. They have a stellar team, with Alisson, Roberto Firmino, Casemiro, Philippe Coutinho, Fabinho, Arthur, Gabriel Jesus, Marquinhos and Richarlison, all led by the captain and superstar Neymar.

The team won one of their toughest qualifying fixtures, 2-0 away in Uruguay, on November 17th. Brazil has never missed a single World Cup in history, being there in all the 21 tournaments. Germany has 19 appearances and Italy 18, while Argentina has 17.

Led by Lionel Messi, Argentina was defeated by France (3-4), in the round of 16 game at the 2018 World Cup. The match was named the most beautiful of the tournament. Four years before, in 2014, the team lost the World Cup final in Brazil to Germany, 0-1.

The 2022 tournament may be Messi’s last attempt to win the World Cup. He will be 35 years and a half by then. Paulo Dybala and Lautaro Martinez are other important players of the current generation, all backed up by Angel Di Maria.

Being second in the qualifying group give Argentina high hopes of reaching their 13th consecutive World Cup tournament. The last one they missed was in 1970. The fans hope that Messi and the other players will secure the qualification way before the last game. Last time they managed to qualify for the World Cup only after winning the 18th and last match of the group.

Argentina and Brazil will meet twice in 2021, on March 30th, and on November 16th, in their qualifying group.

The U.S. government ready to tax off-shore companies if they don’t...

8 Reasons Why You’re Not Losing Weight

What are the choices are many when it comes to eyelash...