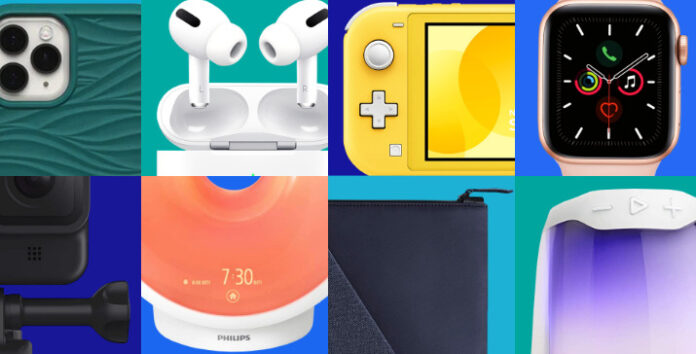 Starting from laptops, smartphones and all other electrical appliances, everything comes with a validated life expectancy. And, you need to replace them with new gadgets after a certain point of time. For instance, you don’t use big-box desktops now; most probably, you have switched to new slimmer laptops that are more space-efficient. But, this is where the question arises: where did that old desktop or laptop go?

Millions of people are replacing their tech gadgets per week. Where are all these trash going? They don’t vanish into thin air. Possibly, the disposed gadgets have secured their places in landfills. And, this doesn’t sound good, because all the materials used inside all these trash electronics can pollute the environment with their toxic or turned-into-toxic materials.

Let’s find out why e-waste is dangerous and how the effects can be mitigated.

Why is e-Waste Possessing a Threat to Mankind?

E-Waste is the abbreviation for electronic waste, which indicates any kind of garbage or discarded parts or the entire appliance that has been already disposed of. It can be your smartphone, laptop, printer or the parts of such devices. However, we can’t blame individuals or manufacturing companies for the entire production of e-waste.

Globally, tech-hungry manufacturers produce the latest gadgets. And, in this topsy-turvy world, nothing remains static when it comes to technology. The manufacturers are in the competition of offering high-tech gadgets to consumers. And, this tendency has indulged in the consumers to throw their existing gadgets for the sake of new gadgets. As a consequence, heaps of e-garbage or landfills have been accumulating over a few decades. It might seem that these are only space-consuming but the reality is different. However, there is another perspective, avail laptop repair Dubai instead of replacing your existing laptop.

Basically, electronic gadgets are made of different metal, non-metal and metalloids. Some of them are beryllium, nickel, arsenic, lead, barium, and mercury. When these substances are exposed to soil and air they tend to react with the surroundings. Eventually, they can produce compounds that can lead to physical hazards for human beings including the entire animal kingdom. For example, lithium-ion batteries are inflammable and can cause a forest fire.

Moreover, the polluted soil can seep down the underground water with rain. Thus, it can combine with rivers, oceans and marine life is getting endangered. Overall, e-waste is devastating in nature, along with that it has the tendency to expose lives to greater risks. Thus, immediate search for an alternative is the only way out.

How to Handle e-Waste?

Well, e-waste questions about the sustainability of life on earth. And, this is not a single individual’s responsibility, to overcome the issue. On the other hand, it’s not possible to stop all the electronics manufacturing all at once. The entire e-waste management is going to take time. But, people need to adopt some eco-friendly practices to decrease the amount of e-waste around the world.

A simple but definite solution to the e-waste issue is to avail different electronic repair services. It’s true that you can’t use a laptop for more than 8 to 10 years and after that, you have to throw it away. But, many users tend to throw their gadgets out of their life before the gadgets could meet the end of their life expectancies.

On the other hand, it’s very natural for electronics to suffer different glitches from time to time. Before you decide to discard the electronic devices, give them a chance with professional repair service. The same applies to the refrigerator, televisions and other home-based appliances.

Several countries have made it compulsory for choosing to recycle rather than dumping e-waste in landfills. Otherwise, the truth behind e-waste and landfills remains under the cover of thin, bezel-less devices. However, electronic devices manufacturers are taking e-waste management facilities seriously. They have insisted on exchange policies so that consumers can avail lucrative deals on smartphones.

Eventually, consumers don’t throw the used smartphones or other tech gadgets into garbage bins. Instead of that, the parts of the old devices can be used in new gadgets. Such simple recycle plans have eradicated the hassles of recycling.

Why is Recycling Important?

Recycling ensures that you can use components from a previously-used device. It can benefit in countless ways. Firstly, you need not look for new resources and as there are definite mineral resources on the planet, it helps in extending their storage limit. Secondly, the former device can be again used and need not be dumped into the landfill. It protects the environment from harmful chemical substances.

According to reports, refrigerators can result in about eighty per cent of success rate when it comes to recycling. Therefore, it’s clear that recycled tech devices are great mining resources for the upcoming new gadgets. On the other hand, all the toxic substances from the disposed gadgets don’t get exposed to nature. And, that’s a relief to the environment.

This is another possible way to reduce the amount of e-waste. Think twice before you invest in any gadget. If you can lead your life without it, then there’s no significance in purchasing it. Otherwise, it will go to landfills. However, you should not throw such electronic gadgets in the trash; better opt for recycling. And, whenever you replace any gadget you can find alternative uses for them- for example, you can use an old television as a gaming monitor.

Recycling old tech gadgets might sound tricky but the Recycling hub of Dubai is making it possible. It has taken control over e-waste management by handling e-waste, weighing almost 39,000 tonnes per year. Moreover, this regulatory body has collected e-waste from Africa, the Middle East and the Caucasus.

So, enforce recycling than dumping electronic gadgets such as laptops, smartphones, drives, etc to dumping fields. As the 5G trend is going to hit the world, hence we can expect more and more electronic waste. Ethics should be set so that recycling gets the prime priority for the discarded gadgets.

Reuse and Recycle Should be the Main Motto…

Experts are emphasizing reuse and recycle. If you find the existing gadgets cannot be reused in any possible way, then you should consider recycling. Contact an authorized company or business that deals with recycling around your locality. Otherwise, avail of laptop repair Dubai services to turn your laptop reusable again.

5 Relationship Problems And Their Solution

4 Ways in Which the Pandemic Has Affected Students’ Finances