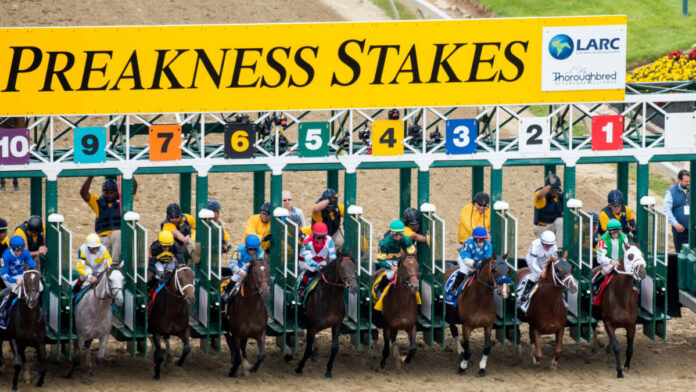 The Preakness Stakes is one of the most prestigious races to be run on American soil, and that will be no different one of the three American Triple Crown events takes place in 2021.

There is still a long way to go before the race, but already gamblers will be looking at the betting markets to see whether there is any value in the ante-post selections.

The ante-post market is extremely popular when it comes to betting on horse racing, as it is the best way to get optimal value on selections.

The odds are subject to change as the race gets closer, and horse racing bettors are always looking to make sure that they get their selection at the best possible odds.

These are some of the horses that we expect to be front-runners at the Preakness Stakes in 2021.

Essential Quality is already the hot favourite for all three of the Triple Crown events next year, and it’s hard to dispute that after studying the form of the two-year-old in 2020.

The Brad Cox-trained horse, which is owned by Godolphin, won on all three previous starts. Gamblers would have been particularly alarmed at the emphatic nature that he won in the three wins.

Essential Quality has already amassed over $1 million in prize winnings during his early career, with this first victory coming in September at Churchill Downs.

On that occasion, he won by four lengths from King’s Mischief. Back-to-back victories at Keeneland soon followed for the two-year-old, with the most recent of those wins coming in the Breeders’ Cup Juvenile.

He was in fine form that day, as he held off the 100/1 shot Hot Rod Charlie to win at a price of 100/30. There is already no question about his staying power, but to do that in the biggest races of the year takes a special horse.

Bob Baffert has trained seven Preakness Stakes winners during his career, with only the famous R. Wyndham Walden matching that total.

An eighth win for the famous trainer looks certain to come in the near future, and that could come in the form of Classier in the 2021 Preakness Stakes. The two-year-old has only run on two previous occasions, and there were contrasting results.

The tongues of gamblers were wagging after the first showing from Classier, as he won by four lengths from Go On at Santa Anita in October.

However, the two-year-old was beaten on his most recent run at the Breeders’ Cup, as he could only finish eighth behind Essential Quality. That run will likely not be enough to put off gamblers, as he was unlucky not to finish in a higher place.

Baffert’s history of training winners in the Preakness Stakes shouldn’t be overlooked, and that ensures that Classier is a horse worth watching for gamblers.

One horse that gamblers would already have on the radar ahead of the Triple Crown events in 2021 is Jackie’s Warrior. The horse is trained by Steven Asmussen, and will have the added experience of having raced in more races than the majority of the field going into the huge events.

The two-year-old has already run on five occasions so far, and has won in four of these. He won his first race at Churchill Downs by two and a half lengths, before winning at Saratoga two months later by three lengths.

Victories kept coming at Saratoga, as he won by two and a quarter lengths in September from Reinvestment Risk, before beating the same horse against in October at Belmont Park.

Gamblers will be exciting to see a renewal between Jackie’s Warrior and Essential Quality, as they did come up against each other at the Breeders’ Cup in November. However, those backing Jackie’s Warrior will be hoping for a different result.

So, who you backing to win the Preakness? And if you fancy your chances for the next Kentucky Derby already, click here to see the contenders lining up for the most anticipated race of the year: TwinSpires.com/kentuckyderby/contenders

Gadgets Every Gambler Must Have in 2021

Most family lawyers are suggesting couples for mediation or collaborative divorce

How to Use Blackjack Strategies To Potentially Win

What Are the Different Types of Water Treatment?

4 Benefits of Buying A Vacant Lot

All You Need To Know About Freight Associations and the Rules...