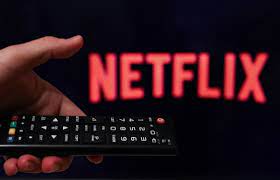 Netflix is one of the leading OTT platforms and there is hardly any competition that is being faced by this media giant. To back this up, there are plenty of shows which never fail to amuse the viewers, and today we will take a good look at the top five Netflix series which can never bore you!

The Next Hint has reported that Black Lightning season 4 was the conclusive season of the show and hence there will not be any other season coming up until and unless the show gets renewed or revived. It is one of those rare superhero shows which can be classified under the category of underdogs. It is one of the most engaging series that Netflix has ever run on its platform and you must know that the show is never going to bore you if you love watching a well-made superhero show.

A complex crime drama that has bits of comedy in it is probably the best definition of Better Call Saul. Better Call Saul has managed to outshine its original series (Breaking Bad) by a huge margin and the credits for that go to the exceptional performances from the leading cast and crew of the show. Bob Odenkirk is truly a delight to watch whenever he comes on screen and his chemistry with Rhea Seehorn does not seem out of place, not even for a single moment. The show is highly engaging and you should definitely check it out before its next season gets released.

Stranger Things needs no introduction as it is one of those shows which went hit with little to no amount of promotion. The show has a very entertaining premise and keeps you hooked to your seat till the end of every single episode. The fourth season of the show is currently ready to get released and if you have not watched the show yet, then it is highly advised to watch this show before the next season of the show gets out. Otherwise, you will be missing out on a lot of strange things.

This adult cartoon sitcom is touted to be one of the most amusing shows to ever exist. Also, what is more, surprising is the fact that it has been around for as much as six seasons. The show is funny, emotional and deals with some serious societal issues in a fun way. You must watch it if you are not in the mood to get bored.

This show was a hit when it was released, however, the next seasons of the show failed to recreate the magic of the first season. But it is still recommended that you watch this show because the thrilling storyline of this show will not bore you in any way at all.

You must watch any of the above-mentioned series to have a great experience and you can thank us by subscribing to our website. Also, you must keep visiting this space for more awesome lists of Netflix series.

Adam K Veron: Challenges that entrepreneurs witness in their journey

How to Add Watermark to your PDF with GogoPDF

4 Ways to Keep Yourself Entertained When in Transit

Permanent smoothing: the most asked questions. We will explain everything to...

Ja’Net DuBois, the actress of “Good Times,” is no more