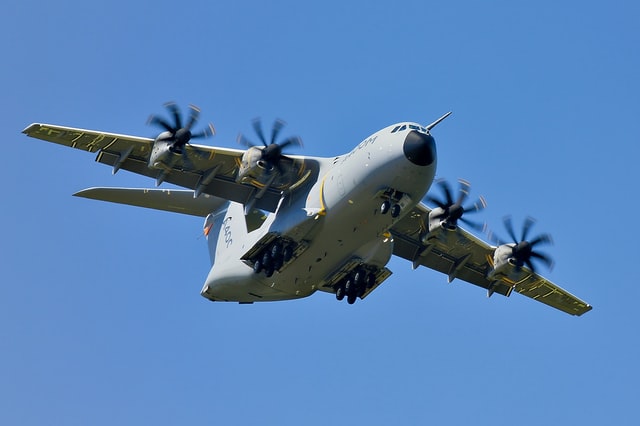 The Air Force is skyrocketing. More than 330,000 people work in the Air Force. This includes thousands of pilots.

Becoming an Air Force pilot is many people’s dream. Yet they don’t know what exactly a pilot does.

How does the day of a pilot begin? What sort of information do they need in order to perform in combat? What is a combat mission like, and what do pilots do to relax?

Answer these questions and you can become a productive Air Force pilot in no time. Here is your quick guide.

Pilots wake up very early in the morning. Some pilots wake up at 4:30 a.m., especially if they are high-ranking. They need the time in order to make preparations for the day and communicate with superiors.

Pilots must then report to their squadron. This may be at 6:00 a.m. or earlier, depending on their location. If they are in a combat zone, they may need to start before sunrise.

They receive information about what mission they will go on. They will understand what position they should assume and how many other pilots they will go with.

Communication is a top priority. Supervisors will inform pilots on how they can communicate with each other, especially if they need backup. They will also give advice on how they can talk to enemies or civilians.

The flight briefing occurs shortly after initial planning. All members involved in the mission meet together and receive more formal details about what will happen.

The flight lead is the pilot in the number one aircraft. They are a fighter jet pilot who has flown on many Air Force missions. They take charge of the briefing, giving all information about what must happen.

Most briefings have two sections. The administration section gives information on the overall combat mission, including ground operations. The tactical portion disseminates the mission-critical details, such as when bombs should be dropped.

Pilots can ask questions once the tactical section concludes. The flight lead can also give a final review of what will happen next.

The brief ends one hour before the mission is supposed to start. Pilots must then go to their aircraft and do a preflight inspection.

Many pilots focus on the exterior of their aircraft. They inspect whether there is any damage, especially on the wings. They can perform brief tests of their tires and engines to make sure they can maneuver properly.

They can then go into their airplane and examine aircraft logs. This lets them see if required inspections have been made. They must check their cockpit switches and valves, seeing if they stay in place.

If they need repairs, they can call someone to come out and fix their aircraft. They can also get another plane if theirs is not flightworthy.

Once a pilot has their airplane, they can get themselves ready. They can put on their g-suit and secure their helmet. They may be able to get a quick meal or drink in, but few Air Force pilots like to eat before flying.

The mission starts right as it is scheduled to start. The pilots fly out and head toward their targets.

Some missions involve banal tasks like flying over a football stadium before a game. Others involve escorting passenger jets away from dangerous areas.

But pilots do experience combat missions where they must drop bombs on targets. They may have to shoot down enemy planes or attack hideouts.

Pilots must be mindful of the enemies they face. They scan the skies and ground for any signs of suspicious activity. They may have to adjust their speeds or make abrupt turns in order to avoid threats.

Most pilots fulfill their missions without deviation. But they may have to change plans, especially if they are under attack.

After their mission has concluded, a pilot may have several duties to fulfill. They receive a debrief about how the mission went. They may get advice on how to fly better, or they may receive a commendation for their work.

Many pilots receive additional training. They take classes from senior military personnel on how to fly. They may go to lectures from professionals in the aeronautics industry so they can understand how planes work.

Pilots must be ready to take to the skies at a moment’s notice. If they hear an alarm, they rush out to their planes and fly out. This means that most of them remain nearby so they can get to the aircraft quickly.

A military recruit works long hours, regardless of where they are or what their job description is like. Many pilots are not done with their days until well after sundown.

But pilots do have opportunities to relax. Many of them like to go to the gym for a more formal workout. They may lift weights or go for short runs.

Others of them like to go to restaurants or clubs. They stay together, helping them bond as a flight unit.

Plenty of pilots take time every day to contact friends and family members at home. They usually go to bed early so they have at least eight hours of sleep.

The Average Day of an Air Force Pilot

An Air Force pilot gets a lot done in a day. They wake up early to receive information on their squadron. They then get additional details on the mission they will be performing.

Once they have the information they need, they do an inspection of their plane. If everything is satisfactory, they can start their mission.

After the mission is over, the pilot may have several additional duties. But they do have time to decompress.

Becoming an Air Force pilot is one route you can take through the military. Find out others by following our coverage.

PPE For Businesses During Covid-19

The Perks Of Having The Best Outdoor Furniture Covers

How can you reduce your digital footprint?