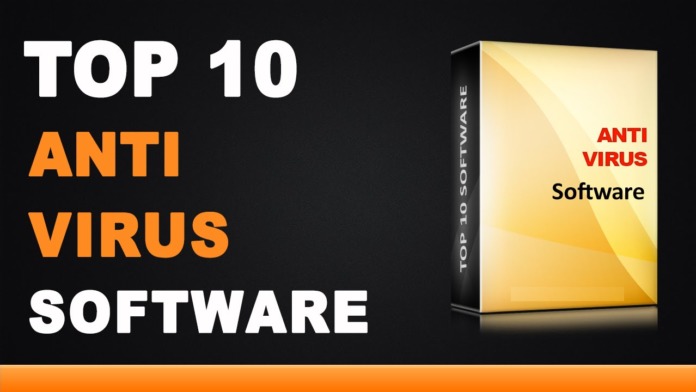 Antivirus software is a basic computer program which is used to prevent, detect, and eliminate malware. Some examples will be viruses, worms, Trojans, and scareware, as well as any form of potentially unwanted programs such as spyware and adware. In this century, security has come to become the biggest concern of many. To stay safe and keep your data out of the reach of cybercriminals, then you need at least one of these apps. Here are the top 10 best antivirus free programs to use for your computer.

●    Installs in seconds runs at maximum speed without slowing down your system.

●    Excellent for gaming, image and video editing and resource-intensive packages.

●    Bit Defender Antivirus also uses a minimalistic approach to make sure that your system (PC) will be defended against intruders.

●    No time-consuming scans, no sudden lag, and no pop-up ads

Kaspersky antivirus is one of the best antiviruses for Windows 10. It blocks the latest viruses, ransomware, spyware, crypto blocks and helps in stopping cryptocurrency mining malware that usually obstructs the appropriate performance of a computer. This allows your PC to perform as designed to) and delivers real-time anti-virus protection.

This anti-virus program gives comprehensive security and protection for your Mac, PC, and mobile devices. It is one of the best antivirus free programs which also secures all your transactions, avoid web threats and defends against ransomware and other online dangers. It blocks dangerous websites that could steal your data and optimizes performance, which gets everything running at top speed. Trend Micro Antivirus can be substituted for Bit Defender in eliminating viruses from your PC. It fortified a dominant defense that delivers highly effective and efficient protection against ever-evolving threats. Trend micro antivirus is not just the best for laptops but also exclusively the best for your windows 10.

Avast free antivirus is the best antivirus program to use for online gamers who access sites and applications that tend to harbor viruses (malware). It is highly effective in blocking malware, It’s intrusiveness, and automatic Gamer mode automatically suspends some functions while you play. The Gaming mode of the virus protection program recognizes when you are playing online and automatically activates itself. Avast also stops Pop-up that can cause distractions or additional lag while playing your favorite game. Avast is categorically the best anti-virus free program for die-hard online gamers.

This anti-virus free package is an easy-to-use antivirus with some very unusual extras. It goes beyond the basics of real-time antivirus protection with URL filtering and a simple firewall to hinder networks attacks and also provides free VPN access.

This is a freeware and a nagware anti-virus program for personal use. Like most anti-virus free programs, it scans disks for viruses and runs as a background process, checking each opened and closed files/applications. It can equally detect and eliminate rootkits. Avira free antivirus program also performs internet updates(daily by default) in which it opens a window with an advertisement suggesting the user purchase the Avira anti-virus premium. It allows the user to schedule different types of scans.

This anti-virus program protects your system from viruses, trojans, ransomware, secures your online banking connections and allows users to set limits for internet usage. It performs a pre-scan to remove infections from your computer before the main program installs. It scans any device that is connected to your computer via USB, including cell phones and quarantines malware it finds. E-secure Anti-virus is the best antivirus to use for a laptop but not the best for windows 10.

This is one of the most accessible Anti-virus free programs to download and use. It scans emails for viruses in messages and their attachments. Furthermore,  it also scans USB drives immediately after you plug them in to protect your system from external threats. ESET NOD 32 ANTI-VIRUS is one of the best antiviruses for windows 10. It equally scans files in real-time as they open to ensure malicious files doesn’t cause any problem to the system.

This is more than just a security software. It is also anti malware which stops viruses and worms from affecting your computer. It also protects you during web surfing sessions by blocking malicious websites. WebRoot takes down spyware that tries to deceive you or exploit vulnerabilities in your system. It scans data and blocks viruses that it detects; it allows the user to browse their operating system according to a schedule selected. This program is also one of the best Antivirus for laptops.

Useful Tips On Planning Your Gift Budget For The Holiday Season

How web developer is important for web design?

How you can add a sprayer to an existing faucet

5 Essentials of an Electrical Engineer Resume in 2021

Clayton Williams dies at 88 – The oilman whose gaffes cost...

Has Owning a Car Become More of a Necessity Than a...

Top 4 Reasons to Conduct A Pre-Screening During Job Recruitment

3 Ways to Experience Vegas Without Actually Going There