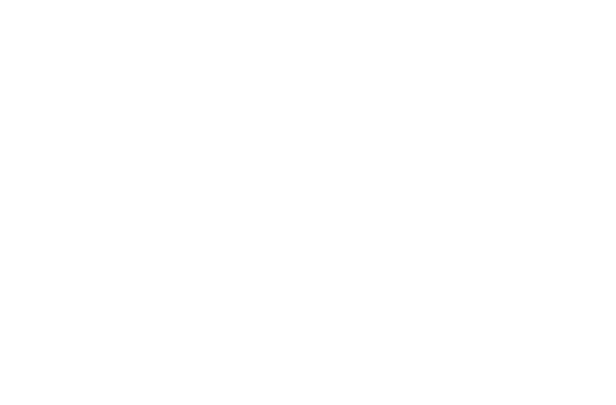 Over a third of Americans own a smartphone, computer, and tablet. As a nation, we love our tech, yet we still find it hard to choose a laptop when the time to buy a new one comes around.

If we want to get a great laptop that meets our needs, what do we need to look at? What should we consider when it comes time for us to choose between a dizzying number of laptop specs, laptop brands, and more?

In this laptop buying guide, we’re going to take a look at a laptop’s most critical components, as well as a few other features. Whether you’re going to be using your laptop for gaming, programming, web surfing, or watching Netflix, we’re here to help you.

Our tips will help you choose the right laptop that’s price within your budget. Are you ready to find out more and learn what to look for when shopping for your new computer? Let’s get started!

First off, we have one of the most important parts of any laptop. The screen plays a huge role in the laptop’s form factor and affects your experience with it like few other components can.

It’s easy to think that a bigger screen is better but that’s not necessarily true. To get a more clear view of things, let’s consider two common laptop screen sizes: 15.6″ and 13″.

If you want to have a very compact laptop, you should lean more towards a 13″ screen. While they may not be as good for watching Netflix or gaming, they more than makeup for it in the lack of general bulk. You can put one in a rucksack with little-to-no issue.

Yet if you want to play games, the greater screen real estate that you get with a larger screen could come in handy. The same is true if you want to watch your favorite shows and movies on your laptop.

Are Screen Resolution and Size Related?

This resolution is full HD and is the lowest that you should opt for at the time of writing.

Now we move onto another vital part of your computer: the CPU. This component is your PC’s brain, doing the complex mathematics that drives every operation that your PC carries out.

If your CPU is slow, then it won’t be able to work as hard, which means that your experience will be compromised. While it’s tempting to always look for a CPU with the highest power in GHz, there’s more that matters.

In general, a more modern CPU will be better than older ones of the same series. You should also take a look at whether the CPU is dual, quad, hexa, or even octa-core. This doesn’t mean that it will behave the same as if you had two, four, six, or eight processors, but it means that your CPU can carry out that many more operations concurrently.

Therefore, in most modern cases, a 2.5 GHz hexa-core processor will be more powerful and faster than a 3.5 GHz dual-core processor.

If you want to play games, compile code, or edit photos or video, then you should look for high-power processors that have multiple cores and over 2.5 GHz of power. If you are only going to use your laptop to browse the internet and other less-intensive activities, this matters a lot less.

When you’re working on your computer, files that you need right now or that your computer thinks it will need soon are stored in RAM or Random Access Memory. In this acronym, random means that your computer can access the memory at any point instead of having to work through the disc from beginning to end.

Having more RAM means that more files can be stored in it, which means that your PC will be faster. When you’re shopping for a laptop, you shouldn’t buy one that has fewer than 4 GB of RAM, as this will likely be too slow for most modern applications. Even Chrome uses a lot of RAM, so it isn’t something you should skimp on.

We would recommend that you buy a laptop with 6-8 GB of RAM for improved performance. Going up to 16 GB is wise if you’re going to be doing intensive work or gaming on it.

You should also take a look at the RAM’s speed. A speed of at least 3000 MHz is best for intensive operations.

There are two main types of disc drives that come in modern laptops. These are HDDs and SSDs.

An HDD is the more traditional style of hard drive, which is made up of a spinning magnetic disc and a needle that reads from it. It works in a similar way to a vinyl record. These are the cheapest kinds of disc drives and usually come with the largest amount of storage but they are nowhere near as fast as the other type.

The other type of disc drive is the SSD or solid-state drive. Unlike the HDD, there are no moving parts on an SSD: it works like a much larger version of an SD card or flash drive. This means that your computer can access data from anywhere on the disc much faster, which means better performance.

SSDs tend to be a lot more expensive than HDDs but are very noticeably faster. If you can afford a laptop with one, we would recommend choosing it over one with an HDD. If you need to save money, however, HDDs are still perfectly acceptable for most people.

5. Do You Need a Graphics Card?

Not every laptop has a dedicated graphics card. Instead, some come with a graphics chip as part of the CPU. These are not ideal for gaming but for everyday tasks, they are absolutely fine.

If you are interested in gaming, doing animation, or anything else graphically-intensive on your laptop, you should buy one that comes with a specialized GPU. If this is what you’re interested in, a video card with at least 4GB of RAM is essential.

In terms of specific cards, we would recommend taking a look at the Nvidia 10 Series, such as the Nvidia 1050 and beyond. These are fantastic cards that can produce great results in intensive games, and are well worth your time.

Modern ATI cards, made by AMD, are also good for games, especially the most recent generation of cards.

It’s worth noting that, in most cases, the card you get in a laptop is not identical to the desktop version. A notebook 1050 and a desktop 1050 are different beasts and you should take a look at the reviews accordingly.

When it comes to choosing a laptop, very few people actually stop to consider what the laptop looks like. This is a mistake, as it is something that you are going to have to look at every day for several years.

You should make sure that you choose a laptop that’s in a style you like, as well as in a color that you like. Pick something that you’d be happy to display on your desk, rather than something you think is ugly.

There are so many different styles, colors, and manufacturers of laptops available, so take your time and find one that you’ll be proud of.

Perhaps the most important factor that you need to take into consideration when you buy a laptop is your budget. There are laptops for pretty much any budget out there but they each have their own particular niches associated with them.

Take a look at your budget and think about what laptops you can afford. It’s never worth bankrupting yourself for a laptop, no matter how good it is.

How to Choose a Laptop: Solved

We hope you’re now more confident about how to choose a laptop and what you need to look for when you choose one. If you’d like to read more informative articles like this one, be sure to check out the rest of our site.

How to Make a Mobile-first Web App

Are You Sleeping Wrong: How Your Sleep Affects Your Day-to-Day Life

Top 8 Things To Enjoy Onboard A Cruise