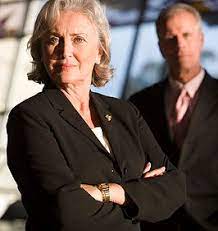 Art is one of the most non-judgemental ways of expression and yet we see deep-trenched misogyny when it comes to artists. For centuries now, we have somehow been able to write peans for the lady’s love, make her the muse, but seeing her become the artist can make a lot of people uncomfortable.

Filmmaking is an art that sees no gender. However, in an industry as chauvinistic as the show business, women directors have always been underrated and marginalized. They have got lesser opportunities and publicity.

There have been extremely talented female filmmakers on our horizon since the dawn of time but their exposure wasn’t as great as their contemporary male directors. Women have always found it difficult to showcase their art irrespective of their potential, because of the lack of recognition and appreciation.

However, certain women directors have managed to give their best and emerge as some of the greatest talents that this world has discovered.

In this article, we’ll be talking about some of the best female filmmakers who’ve created some noise with their films and deserve to be known far and wide. If you haven’t watched their films, you should surely binge on them as soon as you can because you’re going to love them if you’re an enthusiastic cinephile.

If you want to know more about these women directors and their works, read along!

7 Best women directors you should know about

The one thing that makes Ava one of the best female filmmakers who’re working today is that she uplifts and encourages women directors of color and makes way for them to showcase their talent.

Her creation, ‘A Wrinkle in Time’ made her the first-ever female filmmaker to steer a live-action movie with more than a budget of a hundred million dollars. She was a film publicist earlier in her life and later turned into a director.

One major milestone of their life was to receive the Sundance Directing Award for ‘Middle of Nowhere’, which was created in 2012. Moreover, her movie named ‘Selma’ which starred David Oyelowo and Stephan James was nominated for the best picture award in the Oscars. It’s arguably one of the best movies directed by women.

Daughter of eminent poet and lyricist, Gulzar, Meghna is one of the most well-known women directors of Indian cinema at this moment, given her farsightedness and excellent storytelling skills. Her first film was ‘Filhaal’ which was released in 2002. It depicted the story of motherhood and surrogacy.

After her debut, her next release happened after 8 long years, named ‘Talvaar’ that made her gain a massive fan following. The film was critically acclaimed and paved the way for the masterpieces that were to follow next. Meghna’s latest releases are ‘Raazi’ and ‘Chhapaak’, starring two leading actresses of the Hindu film industry. The films didn’t just do well at the box office but were immensely appreciated by the audience as well.

She’s the first-ever woman director to win an Oscar in the directing category for her 2008 masterpiece, ‘The Hurt Locker, which is essentially an Iraq war drama. She’s extremely skillful when it comes to casting actors and bringing out the best in them.

Some of her notable works are ‘Point Break’, the action flick, and ‘Near Dark’. These movies have gone a long way in making a name for her.

Zoya belongs to a family of artists, being the daughter of legendary lyricist, Javed Akhtar. She’s a gifted female filmmaker and her expertise lies in telling impactful stories in a very glamorous and stylistic manner. Her frames are visually appealing but the layered characters and their inspiring journeys go a long way in giving the audience a new perspective in the way they view life.

Her films like ‘Zindagi Na Milegi Dobara’, ‘Gully Boy’, ‘Luck By Chance’ etc, are on the commercial side but they’re immensely hard-hitting and beautiful. She has also made a mark in the world of OTT shows with her drama series, ‘Made In Heaven’ that encompasses the lives of two wedding planners, while exploring the dark side of big fat Indian weddings.

Fletcher is one of the best women directors who deserve to be on our list. Her journey as one of the leading female filmmakers began in 2006 when her directorial debut, ‘Step Up’ released.

Her film graph has been exponential since her first release and she has worked with some of the most talented actors of our times, including Ryan Reynolds, Sandra Bullock, Dolly Parton, etc. Her most recent work ‘Dumplin’ has been critically acclaimed by some revered critics.

Elizabeth Banks started her career as an actress and has been part of the popular Hunger Games franchisee. After a few years, she chose to shift to taking control behind the camera as well.

Lee has been a part of the animated film industry since she was a writer for projects like ‘Wreck-It Ralph’. Thereafter, she made her first-ever feature film for Disney, ‘Frozen’. It was an absolute hit at the box office and it made her the first woman director to cross the 1 billion dollars mark, worldwide. The sequel of ‘Frozen’, titled ‘Frozen II’ also did extremely well and made great numbers all over the world. She’s currently the Chief Creative Officer at Disney, doing quite well for herself and motivating people all around her. Women directors like Lee have broken all barriers and have succeeded in doing what they do best, despite everything that has come their way.

The list that we’ve made above with the names of women directors who should be in your list of favorite directors is for celebrating their success. It’s time we normalize women getting the appreciation they deserve based on their talent, instead of men getting way more appreciation for the same kind of work. Equal opportunities in every field are what can possibly make this world a better place for women and these women directors are doing nothing but paving the way for the same.

Smart drugs and nootropics: Opening your mind to newer possibilities every...

How to Create Academic Goals that are Achievable

What Makes Burgers a True Delight to eat?